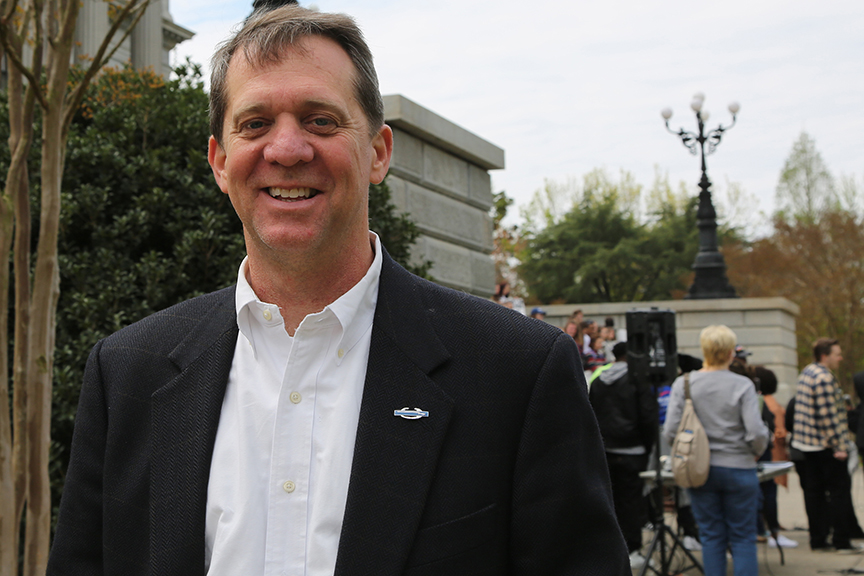 Richland County Rep. James Smith, one of three Democratic candidates for governor, was the only state representative to speak at the Columbia March For Our Lives on March 24. 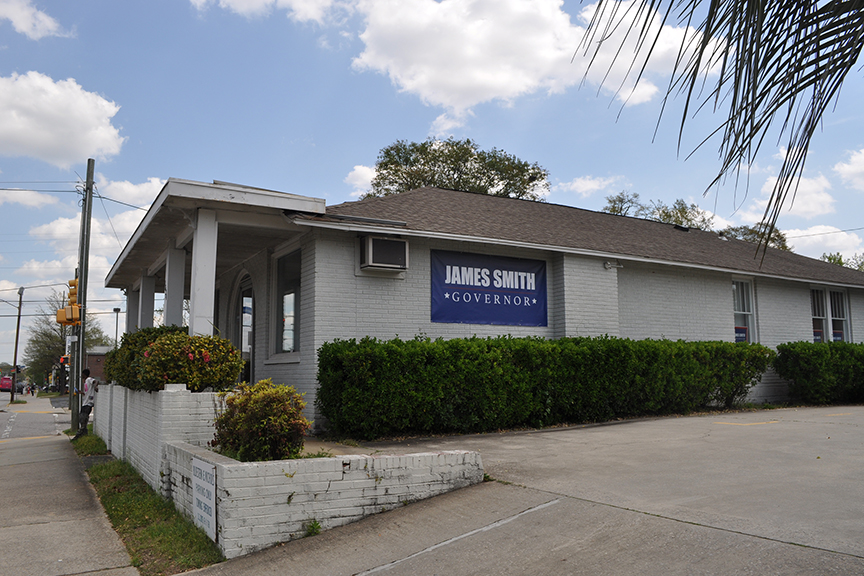 The official James Smith for Governor headquarters opened at 1634 Taylor Street in Columbia on March 29. 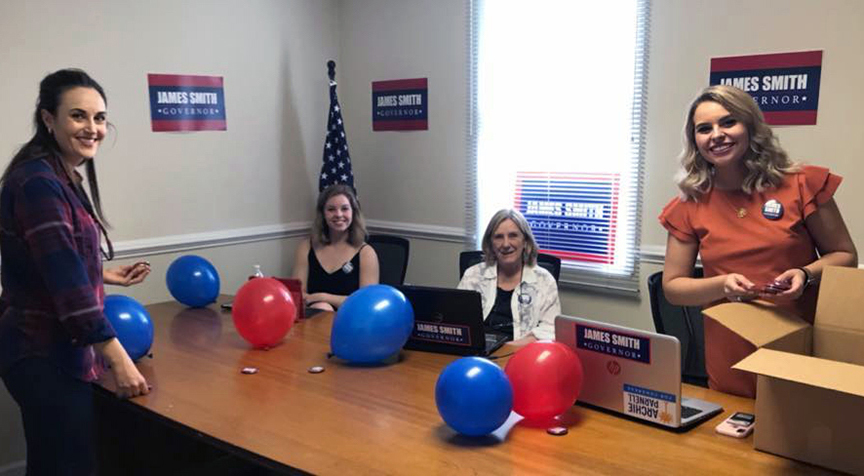 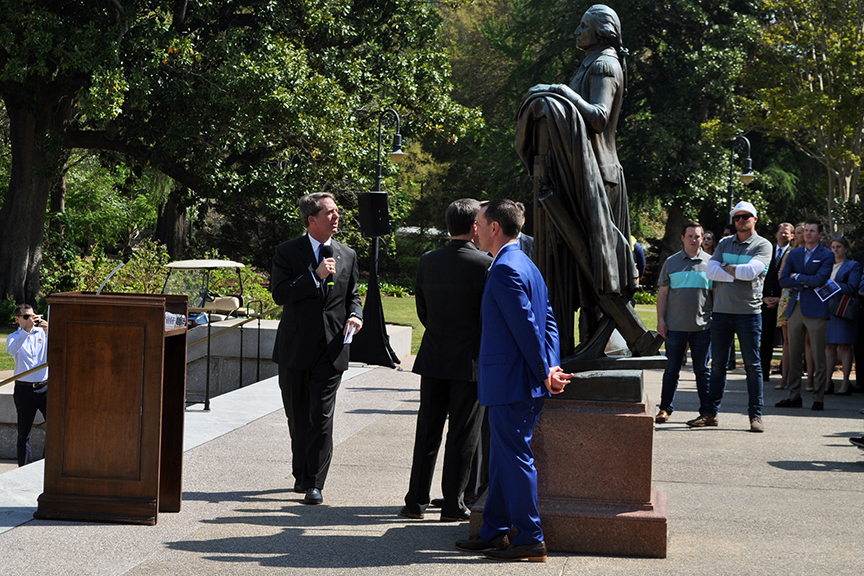 Former S.C. Democratic Party chair Don Fowler thinks Democratic candidate for governor James Smith embodies the ideal candidate for these divisive political times: He has a dynamite resume, lackluster GOP opponents, and the political wind at his back.

“I don’t think [President Donald Trump] has the intellectual ability, the emotional maturity, the foresight to take this country where it needs to go,” Fowler said. “You need people like James Smith at the state level who do have those capacities, so that at least in South Carolina we can move forward.”

The Richland County House member is ramping up his campaign for South Carolina governor, with social media fundraising campaigns and appearances at State House rallies. During one recent week alone, he raised $50,000 on Wednesday, officially opened his campaign headquarters on Thursday and visited three churches with U.S. Rep. James Clyburn, D-S.C., on Friday.

Smith, while drawing a distinction between recent Democratic wins in Alabama and Pennsylvania, said he can see a similar outcome happening in South Carolina.

“I have a lot of experts who have run these numbers, but for me it’s just kind of a gut [feeling],” he said. “I see a real awakening across the state and across the political spectrum of sense of political empowerment and they want better.”

Whether there will be a Blue Wave in November, and how big it will be, has been a favorite topic of talk shows and columnists.

Headlines in the same week range from “The Blue Wave Is Real, and It Looks Really Big” in the Washington Post to “I’m skeptical about a Blue Wave” in Esquire.

According to the latest NBC/WSJ poll conducted March 10-14, GOP preference in GOP-held congressional districts has dropped to even from 14 percent favorability in January. It’s difficult, though, to extrapolate those findings to South Carolina, a staunchly conservative stronghold, and even more difficult to predict what those numbers will be in seven months.

“The question is, is it a ripple or is it a wave?” former S.C. Gov. Jim Hodges said. “It’s got to be a real wave to have an impact on seats that are truly held by Republican candidates and aren’t purple, but I think early indications are this is going to be a pretty unpredictable election cycle.”

Hodges was the last Democratic governor of South Carolina, serving from 1999 to 2003.

Smith volunteer AC Parham, however, is confident in Smith’s qualifications as a strong candidate regardless of what’s happening on the national scale.

Smith has a long history of bipartisanship in the Republican-majority House, and is moderate on important GOP issues like gun control and taxes. He enlisted immediately after 9/11 and earned three combat awards for 15 months’ service in Afghanistan, which automatically increases his cache with the conservative base.

And yet he has earned an important Democratic endorsement from the Sierra Club and looks likely to get one from Clyburn.

Parham has worked on campaigns on both sides of the aisle, including a Republican county council campaign and the Hillary Clinton presidential campaign. She said that people have reached out to her on social media saying that they don’t typically vote Democrat but are interested in hearing more about Smith.

“For a lot of anti-Trump conservatives, he’s a really good alternative,” she said.

Gov. Henry McMaster was the first elected official to endorse President Donald Trump in 2016, as he touts in a campaign video released March 19. And another GOP opponent Catherine Templeton, while receiving money from anti-Trump conservative PACs and publicly praising former Trump strategist Steve Bannon, has refrained from criticizing the president.

“There are a lot of people who voted for Trump who are not going to vote for the people he endorses,” Fowler said. “You can pick up 3 or 4 or 5 points that way. But that’s not sufficient. You’ve got to demonstrate your own ability and your willingness and the knowledge and the emotional maturity to lead people in the right direction … I think James can on his own merit make up 7 or 8 of his own percentage points. And that could do it.”

Smith’s backers hope the GOP primary will leave McMaster and Templeton bruised and battered and force a runoff.

To get through the Democratic primary in June to the November general election, though, Smith has to face two opponents significantly further to the left. Phil Noble and Marguerite Willis, who have both never held elected office, are both behind Smith in fundraising as of April 10. Smith reported raising almost one million dollars total during the election cycle so far, while Willis has only raised $131,000 in addition to contributing $178,000 of her own money and taking out $300,000 in loans. Polling has been inconclusive, with an early March poll putting Smith at 18 percent to Willis’s 11 percent and Noble’s 7 percent and an early April poll putting Smith and Noble tied at 27 percent.

“I see a lot of support, certainly from Democrats that are fired up, but also Independents and even Republicans,” Smith said. “We’ve gotten a lot of support from Republicans who see there needs to be a balance that hasn’t been there when we’ve had one party in power for so long.”