South Carolinians weigh in on impeachment

A University of South Carolina political scientist is skeptical that the impeachment inquiry into President Trump’s meddling in Ukraine and his alleged attempt to smear a political rival will lead to an impeachment.

“Given what we know at this point, I think it’s very unlikely to happen,” said Robert Oldendick, a political science professor. “If you think about it constitutionally, it requires a really high level of agreement.”

On Tuesday, Speaker of the House Nancy Pelosi launched a formal impeachment inquiry into the President after controversy surrounding a July phone call between Donald Trump and Ukrainian President Volodymyr Zelensky continued to build.

Pelosi’s announcement was prompted by a series of reports, including a complaint filed by a whistleblower inside the government that alleged Trump tried to withhold federal funds from the Ukrainian government in exchange for compromising information on Joe Biden, one of his top Democratic presidential rivals in 2020, and his son Hunter.

Trump later acknowledged that Joe Biden was discussed during the call.

On Wednesday, when the White House released a transcript of the call, it did not explicitly mention the withholding of funds, though it did confirm a mention of Biden and his son.

In her announcement, Pelosi claimed Trump’s actions were a betrayal of his oath of office, the country’s national security, and the integrity of US elections.

“The President must be held accountable. No one is above the law,” said Pelosi in her closing remarks.

As Americans from across the political spectrum reacted to Pelosi’s announcement, many rushed to judgment even before the facts were known.

Many Democrats viewed the announcement as the breaking of a dam and predicted the downfall of Trump’s presidency, while many Republicans compared the inquiry to the Mueller Report and dismissed it as another witch hunt.

After the White House released a transcript of the phone call, South Carolina senior U.S. Sen. Lindsey Graham was one of many political figures to take to Twitter with an opinion.

“Impeachment over this?” Graham tweeted. “Democrats have lost their minds when it comes to President @realDonaldTrump.”

The grounds for impeachment, as detailed in Article II, section 4 of the United States Constitution, are “treason, bribery, or other high crimes and misdemeanors.”

It is this vague and unspecific language that will serve as the benchmark for the House’s inquiry, which could lead to a vote for impeachment.

Impeachment in the United States can be simplified to a two-step process.

While the House of Representatives is responsible for formally impeaching the President, the Senate is responsible for conducting a trial, convicting and ultimately removing the official from office with a two-thirds majority vote.

Dominick Aurelio, vice president of the UofSC chapter of Turning Point USA, said he is doubtful that a House call for impeachment would survive in a Republican-dominated Senate.

Aurelio also said he doubted the legitimacy of and motivations behind the House’s claim after skimming the newly released phone call transcript.

“I don’t see anything illegal in what he did. I don’t think it’s grounds for impeachment in the first place,” said Aurelio. “I think they’re scraping at anything they can get, there are some Democrats who just want to impeach him no matter what.”

Fitzhugh Bethea, member of the UofSC chapter of College Democrats, voiced a different opinion and called for an end to partisanship in the impeachment process.

“I don’t think impeachment should ever be considered a partisan witch hunt. It should just be this apolitical, logical criminal proceeding,” Bethea said.

“People who are presenting it as a witch hunt are probably doing so from a political standpoint themselves to defend the President, whether he did commit crimes or not.”

The House Intelligence Committee released more information related to Pelosi’s inquiry Thursday, including a transcript of the whistleblower complaint that set these developments in motion.

The Acting Director of National Intelligence Joseph Maguire testified on the whistleblower complaint before the House Intelligence Committee for several hours Thursday morning.

“Predicting how this is going to play out really is dependent upon what actually happened and what can be verified through the investigation process,” said Oldendick.

“But do I expect there to be some bombshell in this transcript? I’m not holding my breath.” 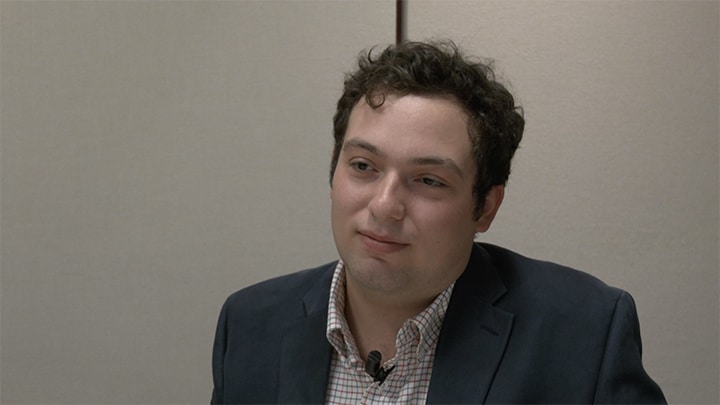 Dominick Aurelio, vice president of the UofSC chapter of Turning Point USA, talked Wednesday about what the impeachment inquiry could mean for the Republican Party. 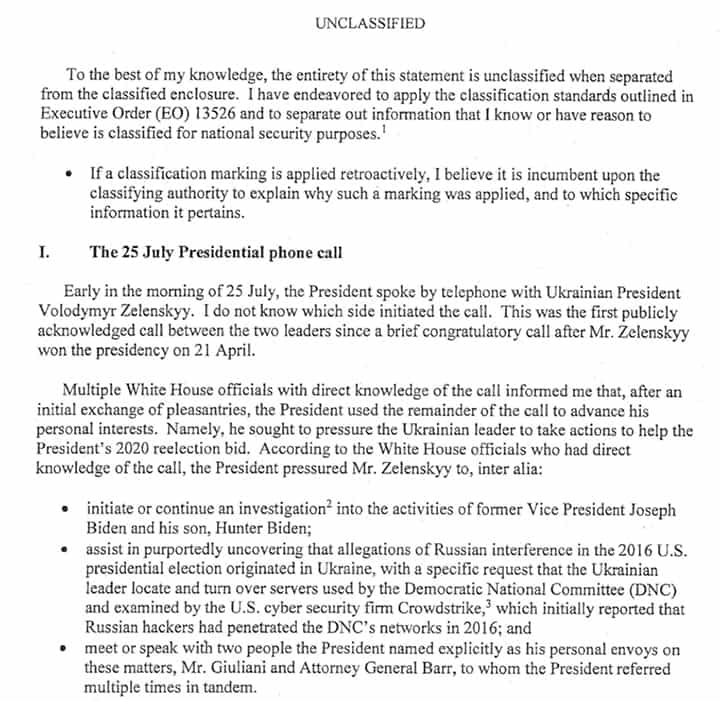 An excerpt from the whistleblower complaint transcript that was released to the public by the House Intelligence Committee Thursday morning. 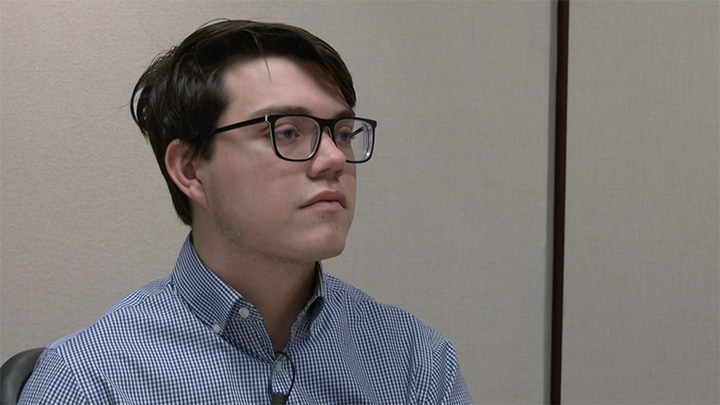 Fitzhugh Bethea, member of the UofSC chapter of College Democrats, talked Wednesday about how partisanship could affect the impeachment process.