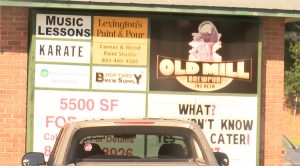 Three years after a devastating flood, the names of businesses at the Old Mill mall are displayed on a board in front of the rustic mall.

Many businesses are still rebuilding three years after catastrophic flooding covered much of the Midlands and destroyed millions of dollars worth of property.

The Old Mill Brewpub in Lexington had 15 percent of their outdoor dining space completely destroyed during the flooding but has made progress rebuilding the damaged structureThe restaurant now operates full-time as it rebuilds its customer base.

“I refer to Fred Flinstone how he drives his car. He stays in one motion until if finally takes off. That’s basically how our business restarted,” owner John Clinger said.

The restaurant located at the back of the Old Mill mall was damaged in 2015 when heavy rainfall caused the dam to break on the Old Mill Pond in the pub’s back yard. Since then, rebuilding the restaurant’s customer base has been slow.

Heavy rains began on Oct. 3, 2015 and eventually 20 inches of rain breached 40 dams throughout the Midlands and state and devastated homes and businesses.

After a miscommunication from the Old Mill owners, which operates the two-story rustic mall, residents thought all Old Mill businesses were closing post-flood. But once word spread that that was not the case, some tenants flourished.

Watershed Fellowship, a non-denominational Christian church that aims to be a “community of small differences that has a lasting impact,” was able to expand after the Old Mill Pond dam burst.

Kevin Thumpston, pastor of Watershed Fellowship, said the landlord had given them full rein on the layout of the bottom floor after other businesses made the decision to relocate rather than rebuild. The church tripled in size adding four new nurseries, a new bathroom, a teen center, a conference room, a cafe, and an expansion to their worship center.

Officials with the town of Lexington have confirmed that they are planning to repair the broken dam and refill the pond. Town officials are anticipating making the entire area recreational with parks and a boardwalk.

Co-owner of the pond, Laban Chappell, has been working over the past few years to find the cheapest way possible to repair the dam and pond. 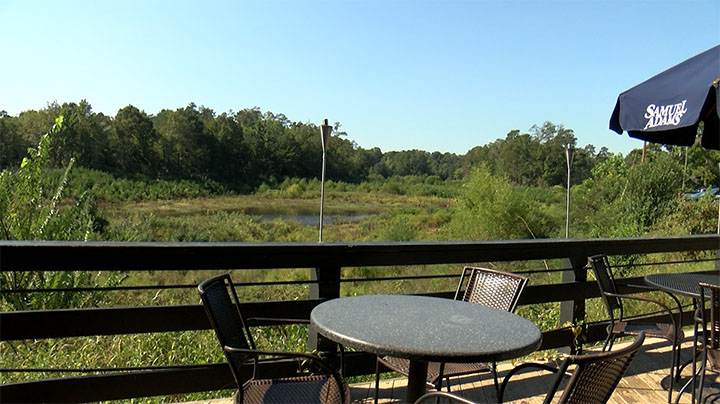 The view from the Old Mill Brewpub outdoor dining area was destroyed three years ago after the Old Mill Pond dam burst during major flooding that devastated the state. 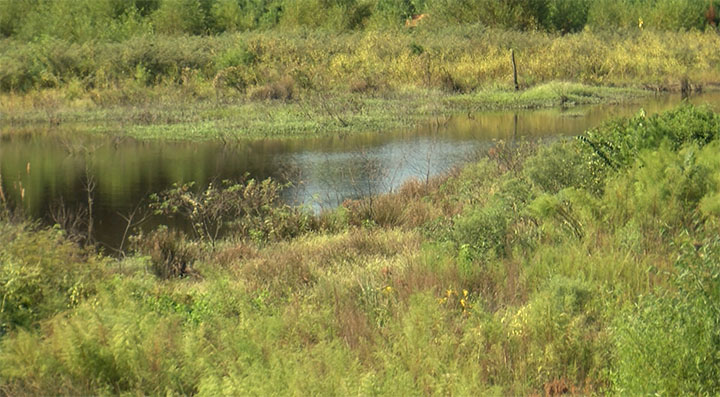 Overgrown weeds and a small pool of water are all that remains at the Old Mill Pond. 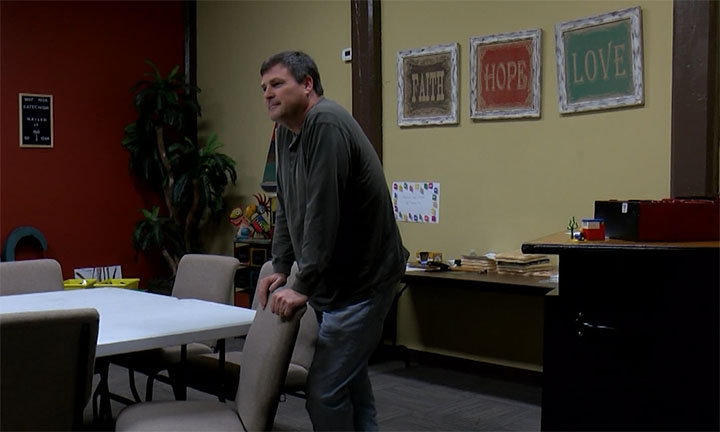 Watershed Fellowship pastor Kevin Thumpston stands in what used to be Rainy Day Pal Books. The space is now one of four nurseries for the church.