The Feb. 2-3 Palmetto Progressive Summit in Columbia, attracted people from all around the state in hopes of gaining political solidarity. 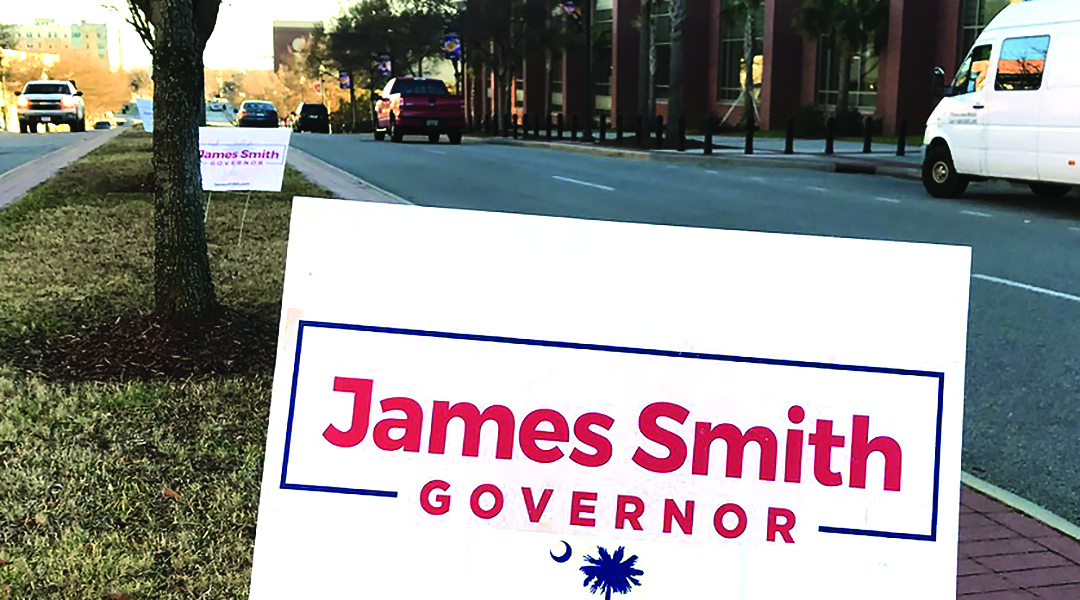 Democratic gubernatorial candidate James Smith was among those displaying campaign signs at the summit. 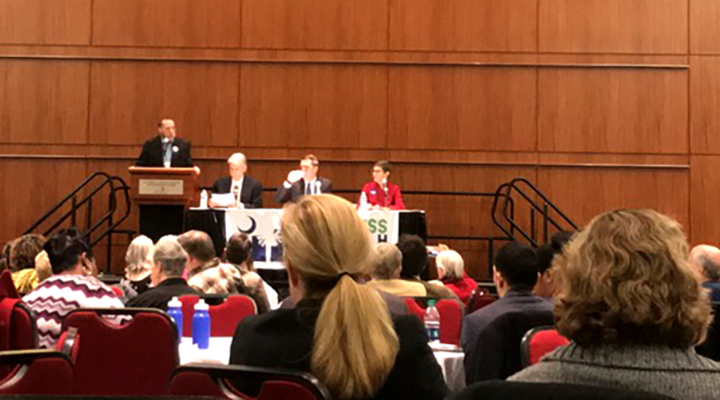 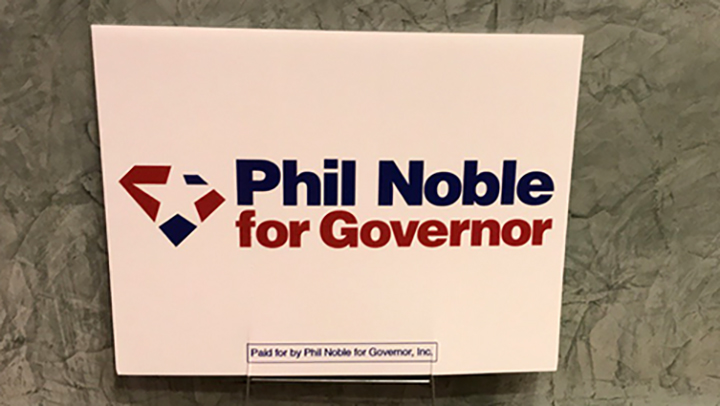 Phil Noble spent much of the debate defending his positions, but he did get the opportunity to challenge both of his opponents, James Smith and Marguerite Willis.

The summit drew a large enough crowd to be held at the Columbia Metropolitan Convention Center.

The optimism surrounding the first Palmetto Progressive Summit was atypical of a state that has been solidly Republican for decades.

“We have a real chance to take the State House back and make positive strides throughout the ballot,” said Mike Morrill, executive director of Progress South Carolina, in his Saturday morning speech.

The Feb. 2-3 summit, held by the 60,000-strong advocacy group Progress South Carolina at the Columbia Metropolitan Convention Center, was a microcosm of a national political gathering, with current and potential politicians mingling with voters and seeking donations throughout the weekend. The 25 progressive organizations and their activists urged the more than 800 people attending to become active in their groups.

Smith, who is widely seen as the frontrunner, repeatedly referred to his record in the House but stayed away from attacking either of his opponents, while Noble and Willis went on the offensive gouging their opponents.

Noble attacked Smith over his ‘A’ rating with the Nation Rifle Association. Smith deflected the challenge by saying the information was outdated. He noted that he has supported several firearms restrictions, particularly keeping firearms out of the hands of convicted felons.

For Willis, who had entered the race just days beforehand, it was the first opportunity to get her message out and confront the opposition. At one point she called for Noble to drop out of the race because he had advocated firing up to one-third of state teachers in a Feb. 1 opinion piece in The State.

It was nearly the only time that Willis sent ripples throughout the crowd. Later in the debate, she announced her opposition to labor unions, an unpopular opinion at the summit. She declined to further explain her position.

Willis wasn’t the only candidate that had recently entered the race late. Phil Cheney from the upstate town of Fair Play, is running an independent petition candidacy for governor. Cheney didn’t receive table space he’d purchased for his campaign until the second day of the Summit and also wasn’t given a spot at the debate.

Cheney said he hopes to get the 10,000 signatures to be place on the ballot in the general election where he says he “would not have to deal with political party machines.” He recently had an unsuccessful write-in campaign for Congress in the Fifth District.

South Carolina has had only one Democratic governor since 1987, and both the House and Senate are currently controlled by Republicans, but that didn’t quell the optimism of the weekend.

Organizers hope the divisive politics of the Trump administration may stir discord in a solidly Republican state, and lure unfamiliar supporters to the Democratic side.

Most attending the summit, feel Gov. Henry McMaster, who was appointed by his predecessor Nikki Haley, now the U.N. ambassador of the United States, is vulnerable in the 2018 election.

“A lot of our supporters are interested in South Carolina politics, and we want to get out message that we are fully in support of electing a Democratic governor and Democratic members of Congress,” Ingraham said. “These debates especially can attract people who weren’t interested in politics before the 2016 election.”

With the Democratic primary still about five months away and the general election almost a year off, it’s difficult to forecast the impact of the Palmetto Progressive Summit.