Twilite Manor Assisted Living in Cayce was shut down following an investigation involving the death of a 69-year-old man. Photos by Ashley Miller.

An assisted living facility in Cayce was understaffed last week when police officers found a 69-year-old resident dead and 13 other residents who had not been given medications or breakfast, state health officials said Tuesday.

Cayce Police officers responded to a call on Feb. 18 to Twilite Manor, a community residential care facility, where they discovered the deceased and the 13 vulnerable residents. Authorities took the residents into emergency custody, sending at least one to a hospital. The action ignited a multi-agency investigation and police say it is an ongoing criminal investigation.

Police identified the deceased as Timothy F. Catalono.The Lexington County coroner has not released an autopsy report on Catalano.

In a joint statement released by the state Department of Health and Environmental Control, officials said there was only staff member present at the time of the incident. State law requires one staff member per eight residents. Twilite Manor had 16 residents at the time.

“A team of the agency’s professionals have worked non-stop throughout the weekend to transport and secure temporary placement for the 12 residents of Twilite Manor who were placed in Emergency Protective Custody by the City of Cayce Police Department on Friday,” said Michael Leach, the state director of the department of social services.

Some family members took in residents after the incident while others are being placed in long-term care facilities. Twilite Manor has been temporarily shut down. The owner has not responded to telephone calls.

According to The State, Twilite Manor has had multiple past violations of state regulations. The facility was fined $20,000 in 2017 and 2018 for deficiencies in training staff, medication administration, and the security of oxygen tanks, along with other issues.

The South Carolina Attorney General’s Office charged an employee of Twilite Manor in January for financial fraud and exploitation of a vulnerable adult.

Officers previously noted that a housekeeper found Catalano unresponsive and no medical staff or other personnel had been there since before 7 a.m.  In the statement, DHEC clarified there was a medically certified staff member on duty that morning.

Cayce Police Department said the primary reason for removing remaining residents from the facility was because “we are legally empowered to take custody of a person who is in imminent danger for their own protection.”

State law allows police officers to take an adult into protective custody only if “there is probable cause to believe…abuse, neglect, or exploitation exists an imminent danger to the vulnerable adult’s life or physical safety.”

“As law enforcement officers, we feel strongly that it is our duty to keep all citizens in our city safe,” the police department said.

DHEC announced a 30-day review of events and will decide them what is in the best interest of the residents. At that time, it will lay out requirements for the facility to re-open.

“The Cayce Police Department is thankful to our state partners for relocating our citizens and for working with us as we move forward with our criminal investigation,” Cayce Police Chief Chris Cowan said. 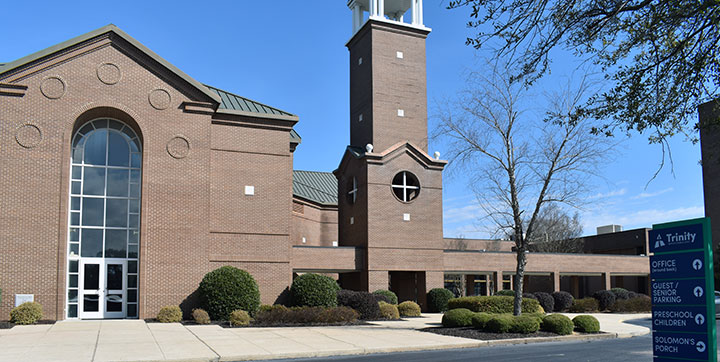 Elderly residents of Twilite Manor were taken temporarily to nearby Trinity Baptist Church after Cayce police found a deceased man at the facility.