State’s homeless population looks for ways to weather a storm 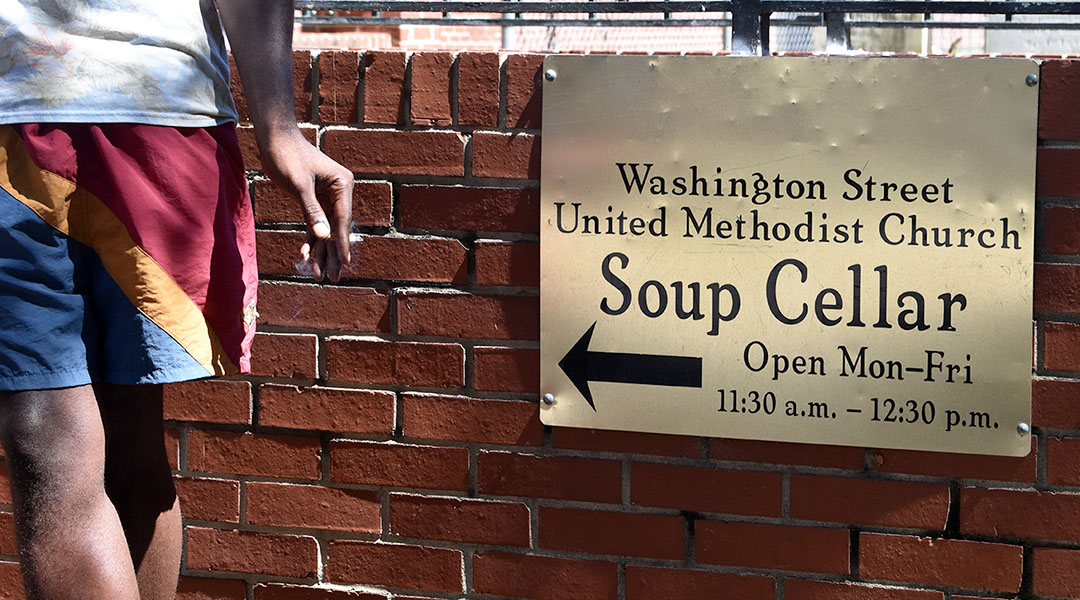 For South Carolina’s homeless population, the danger of a natural disaster such as Hurricane Florence is less about protecting a roof and more about finding one under which to shelter.

“You don’t know if there’s a place you can go if a storm gets really bad,” said Michael, a homeless man who waited for lunch at Washington Street United Methodist Church’s daily Soup Cellar on Tuesday. “The best idea is to just spot someone and follow someone else. Like if someone else is going somewhere you follow them and if you decide to tough it out alone, you just get wrecked.”

Michael, who did not want his last name used, said he was rained on during the remnants of Hurricane Florence, but took shelter in the doorway of a local church.

“At least I have this lunch here today,” he said. “I mean what can the homeless do during a storm? Smoke cigarettes? Chill on a corner? Wave at people?”

In the Midlands, where Hurricane Florence’s effects were mild compared to the catastrophic flooding in Conway and other areas in the Pee Dee, Washington Street UMC provided a bit of an answer to Michael’s questions. For the first time ever, the church opened an emergency shelter for homeless populations during the storm, gathering bedding, water and extra food from their congregation.

“Today, a lot of our church members are finishing up the laundry from the shelter this weekend – washing all the bed sheets,” Deborah Rowe, a Washington Street UMC member and homeless outreach volunteer, said. “This was not a shelter for evacuees. We opened a place for the homeless in Columbia during the storm.”

South Carolina’s homeless population is a large one. A Point-In-Time count is an annual measurement of the number of people who are experiencing homelessness in an area. The count, required by the U.S. Department of Housing and Urban Development and usually conducted in the last week of January, is a quick measure of the size of a community’s homeless population at a given point in time. South Carolina’s 2017 count totaled 17,698. North Carolina’s 2017 count was 8,962 and Georgia’s count from the same year was 10,373.

There are some structures in place around the state to deal with the sizeable homeless population, and these organizations have established protocol for shelter operation during weather events like Hurricane Florence.

Miracle Hill Ministries, the largest group of homeless shelters in the South Carolina Upstate, has shelters specifically devoted to housing the homeless during extreme inclement weather, and opened these shelters during last week’s threat of unusual weather.

These four “emergency shelters” operate in addition to the nine facilities that Miracle Hill provides for homeless populations and those struggling with addiction. Additional sleeping mats, food and water is distributed to these shelters when the threat of a storm or below-freezing temperature is looming, and shelter volunteers operate with a “no one is turned away” mindset.

“We are always reaching out into the street community and the second way we let people know that an emergency shelter is open is with a white flag,” Miracle Hill Communications and Marketing Director Sandy Furnell said. “We have a flagpole outside of these emergency shelters and when we are opening up our severe weather shelters, we raise the white flag. The homeless community knows that, if the white flag is raised, this means anyone can come in off the street and get shelter.”

The Oliver Gospel Mission offers the Columbia homeless community the same emergency shelter option. During Hurricane Florence, the mission housed extra people in their extreme conditions shelter. OGM staff pays attention to forecasts and government closings to decide when to open their emergency shelter, welcoming in extra people who do not have a roof when there are unusually dangerous weather conditions, according to Ron Smith, Men’s Life Advisor for OGM.

However, during crises like Hurricane Florence, these established shelters can prove insufficient for the state’s large homeless population, increasing the need for makeshift emergency shelters like the one at Washington Street UMC.

After last weekend’s events, Washington Street UMC is preparing for the worst again. Volunteers are meeting next week to discuss what worked and what didn’t during their Florence shelter experiment. Their new emergency shelter is much needed in the near future, with Florence just behind South Carolina and additional hurricanes on the horizon.

“We’re having a follow-up meeting next week to decide how best to move forward,” Rowe said. “This was our first time having a shelter so we have lessons to learn. We want to be able to get ready for next time.” 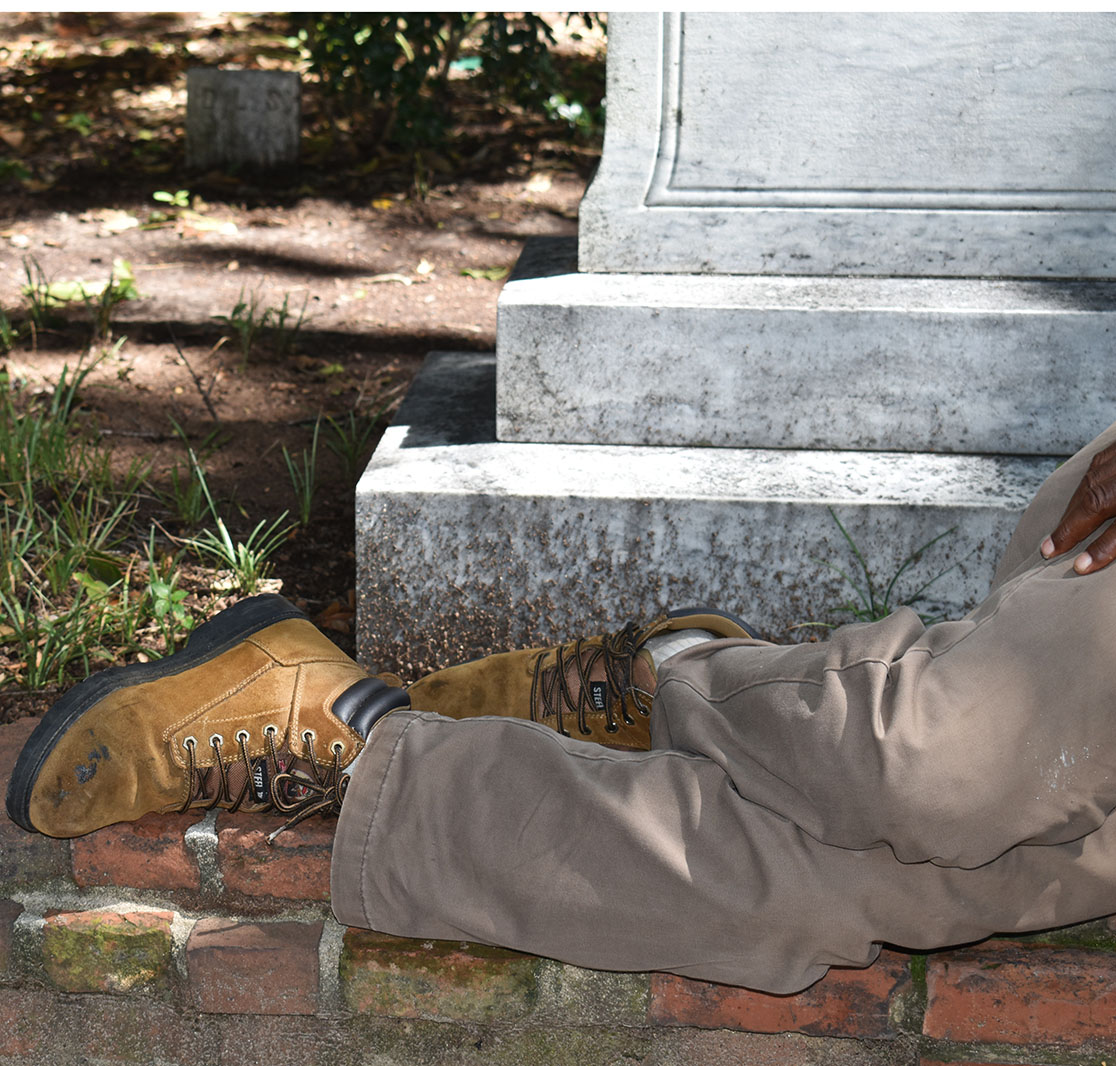 For South Carolina’s large homeless population, finding shelter during a storm is difficult. Some shelters such as Miracle Hill Ministries in Greenville and Spartanburg and Oliver Gospel Mission open extra emergency shelters during extreme weather. 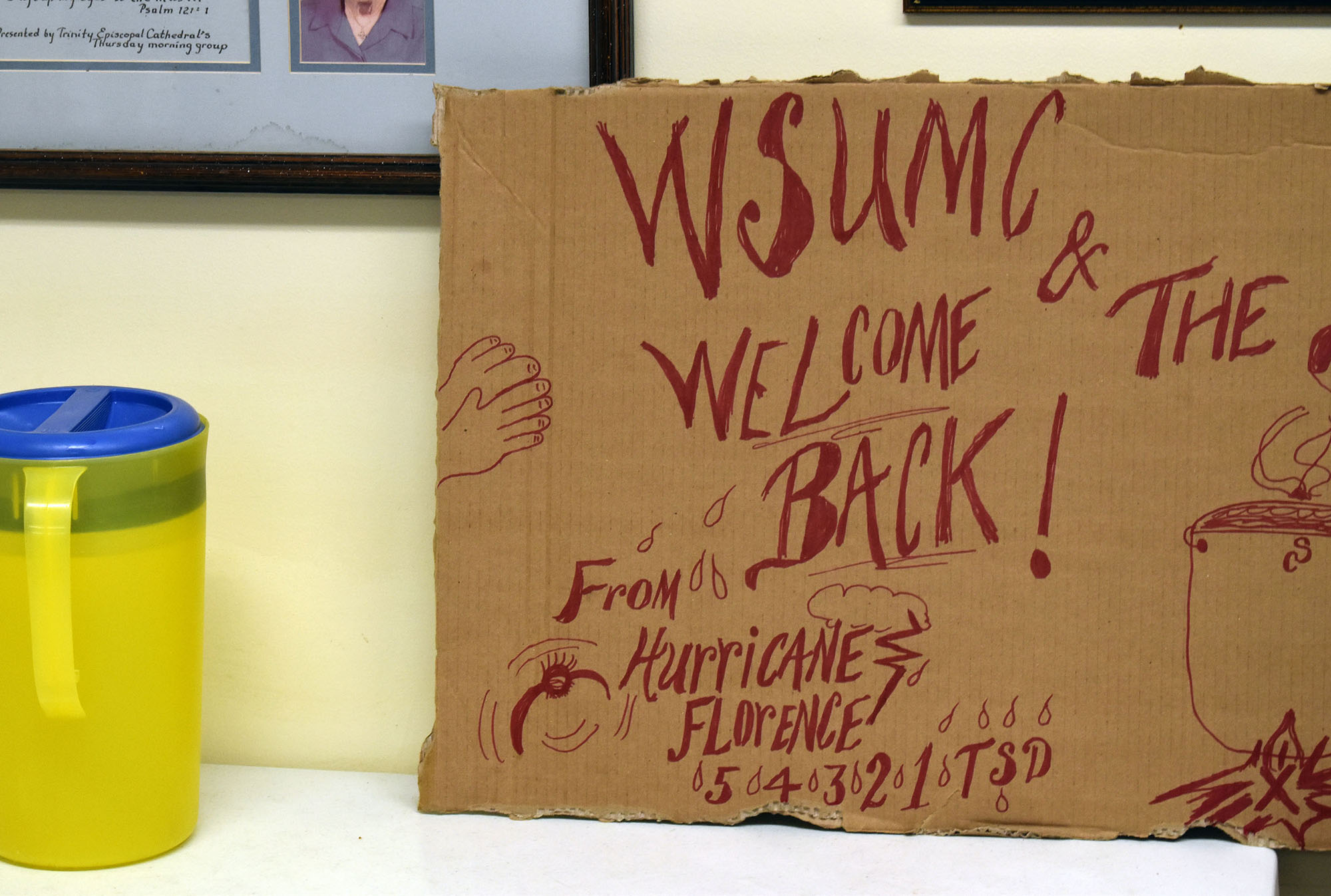 Many churches, such as Washington Street United Methodist Church, and non-profits around Columbia did not forget about the homeless population during Hurricane Florence. 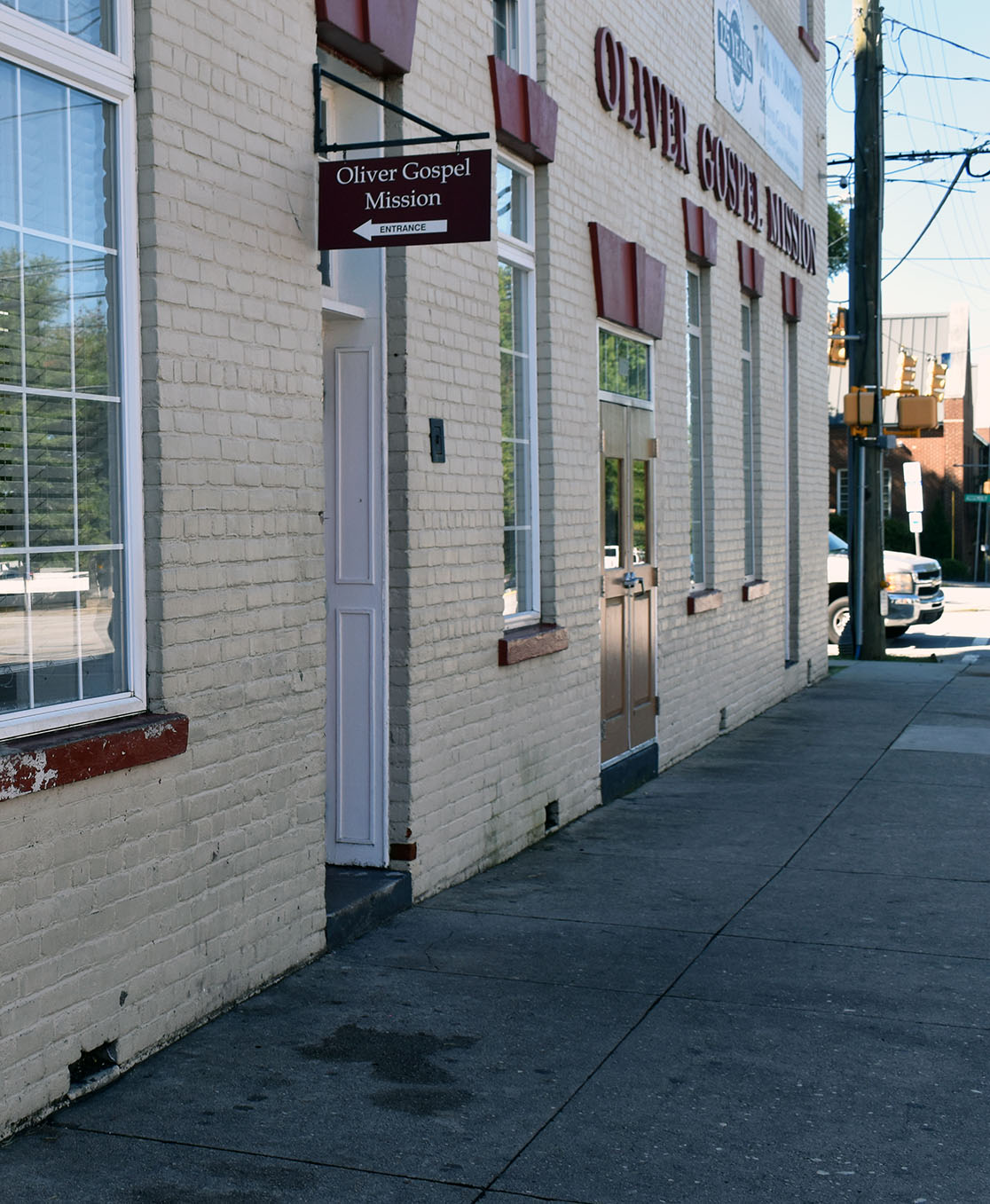 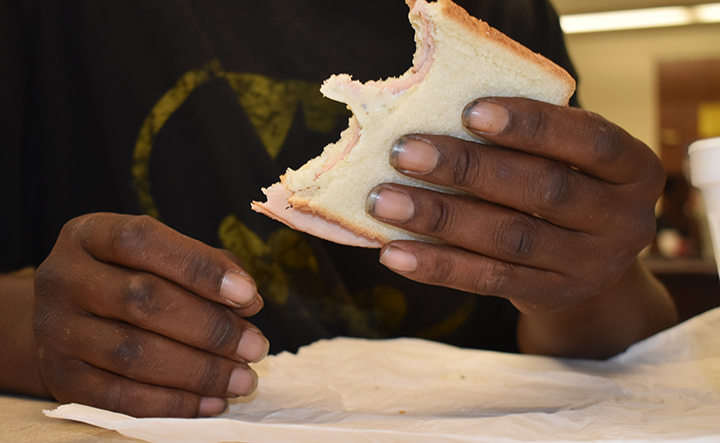 Michael, a Columbia-area homeless man who did not want to disclose his last name, eats a sandwich at Washington Street United Methodist Church. He sheltered in the doorway of a local church during the rain brought on by Hurricane Florence.