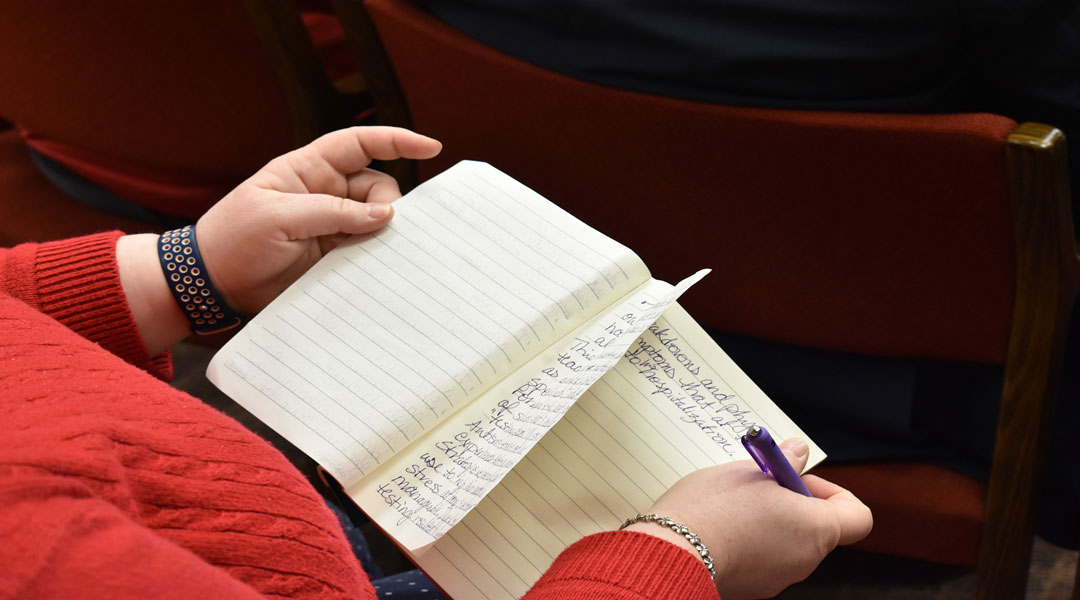 Erika Patterson looks over her notes before speaking in front of the House Education and Public Works K-12 subcommittee Tuesday night.

After more than five hours testifying in front of lawmakers Tuesday, South Carolina teachers made it clear they are not satisfied with a proposal that aims to overhaul K-12 education in the state.

“Unfortunately, a lot of the frustration you’ll hear this afternoon could have been avoided if teachers’ voices had been better included at the start of this process,” said Patrick Kelly, a teacher at Blythewood High School and a former finalist for S.C. Teacher of the Year.

“This decision has led to some fundamental and dangerous flaws in the legislation that is being touted as a way to address the severe challenges we face in our schools, most notably the teaching shortage crisis in this state,” Kelly said.

More than 100 educators fed up with low pay and unrealistic state standards traveled from across South Carolina to voice their concerns about a proposal that would increase standardized testing and bureaucratic committees while failing to address a sustainable plan for teacher salaries.

The hearing before the House Education and Public Works K-12 subcommittee drew so many teachers that two separate overflow rooms were opened to accommodate the numbers.

“The beautiful, bright and excited child who wanted to go to school to learn, to be like his mom, to be that English teacher has vanished with the intensity of testing and changing the standards. My child deserves consistency in his education. All of our children deserve consistency,” said York Middle School teacher Erica Patterson, who has a son who is autistic.

She took a personal day off and arrived at the State House at 9 a.m. for a 12-hour day of lobbying. Like many other teachers, Patterson shared concerns that the bill would change education benchmark standards – standards that she said have already been changed three times in her seven years of teaching.

“This is disheartening as a teacher, yet heartbreaking as a parent of a child with special needs,” Patterson said as she addressed the subcommittee.

Last year, 5,300 teachers left South Carolina public schools – around 10 percent of the state’s teaching workforce, according to the Center for Educator Recruitment, Retention and Advancement at Winthrop University. South Carolina has consistently performed at the bottom of national rankings on education and continues to battle a nearly three-decade old lawsuit about inequities between urban and rural school districts. This year, the legislature indicated it will resolve some significant funding issues and make K-12 education its top priority.

Rep. Rita Allison, R-Spartanburg, assured the teachers gathered that the legislation is still a work in progress.

State representatives are now left with the challenge of revising the 84-page bill that was filed last month by House Speaker Jay Lucas, R-Darlington.

The bill would raise the starting teacher salary from $32,000 to $35,000, but many teachers are worried that the bill does not include a sustainable plan for future salary growth. Kelly, the Blythewood High School teacher, called the current legislation “largely ineffective” and “potentially even harmful.”

Riley Arford, a senior at Ridge View High School, said his mother and other teachers deserve a 10 percent pay raise.

After hearing Arford’s testimony, Rep. Robert Brown, D-Charleston, promised to back the 10 percent pay hike. As it stands, the current legislation does not provide any details on pay structure for veteran teachers, who currently rely on a scale that uses years of experience and degrees obtained to calculate salaries. 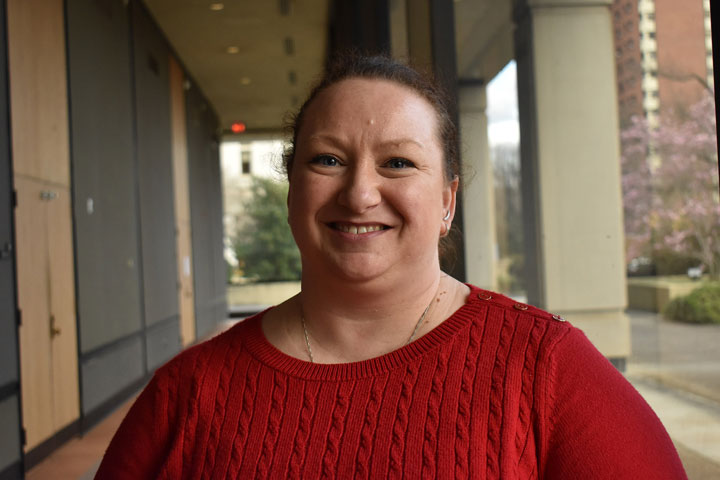 Erika Patterson, an English teacher at York Middle School, took a personal day off to lobby at the State House for K-12 education reform. 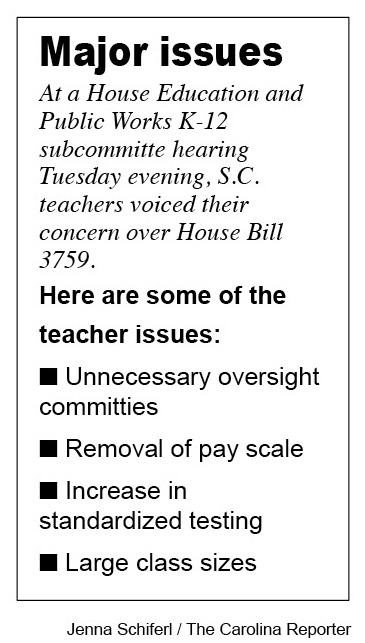