Thanksgiving with the Pastides 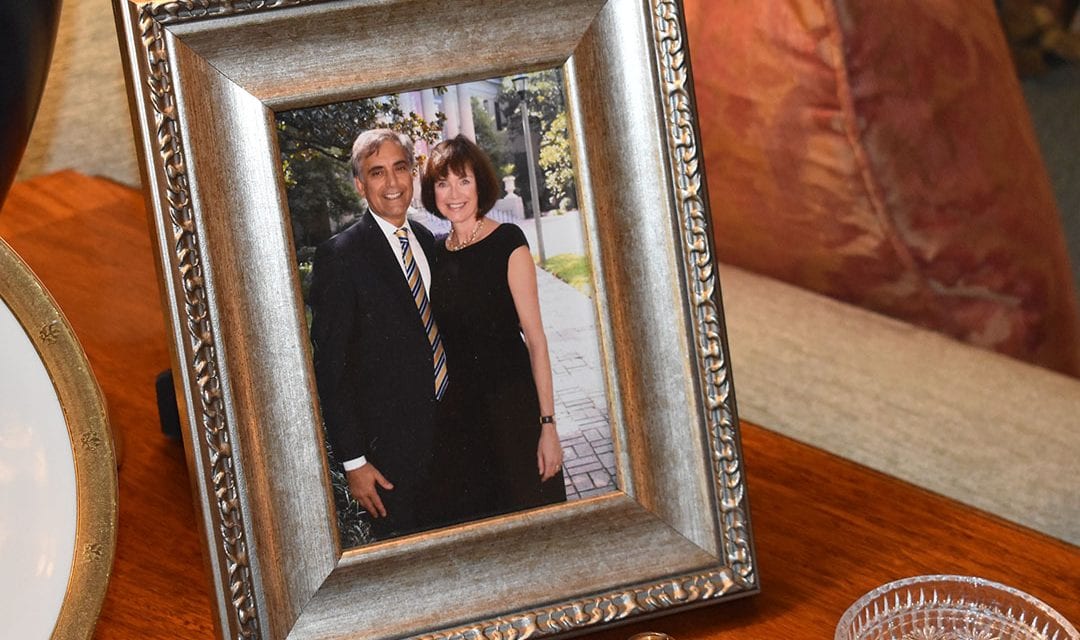 In July, President Harris Pastides and first lady Patricia Moore Pastides will say goodbye as they retire from office. They have lived in the house for more than 10 years.

Patricia Moore-Pastides’ favorite holiday tradition is the prayer that starts every Thanksgiving dinner.

“We always would start out the meal with a prayer and then everyone would go around the room and say what they’re thankful for,” said Moore-Pastides, the first lady of the University of South Carolina.

When USC football plays Clemson at home, you could find 15 to 20 people in USC’s President’s House for Thanksgiving. Because this year’s game is at Clemson, the Pastides will be traveling to their daughter’s house in California.

President Harris Pastides announced earlier this year that he will be retiring as president in July, making this the couple’s last year in the President’s House on the historic Horseshoe – a house they have lived in for 10 years.

“When it’s just Harris and I, it can feel a little like we’re living in a museum,” said Moore-Pastides. “When you get all those bedrooms filled up, it’s really fun to have the family here.”

On the first floor is a grand dining room big enough to entertain a plethora of guests. The second floor starts their apartment, where the kitchen is.

When they do host Thanksgiving, everyone takes multiple trips up and down the stairs to bring the food to the dining room table.

Cage free turkey from Doko Farms, stuffing and sweet potatoes can be found at their Thanksgiving dinners. But also, there is a unique dish that has been served on the Pastides’ table for over 30 years.

“I have a signature soup that I have every year,” said Moore-Pastides. “It’s curried butternut squash soup. Maybe it’s because we’re from New England where it’s colder, soup always seemed like a good way to start the meal.”

Although Moore-Pastides likes to maintain a healthy lifestyle when it comes to cooking, baking pies is one of her favorite things to do for the holiday season.

“Rolling a pie crust just feels so homey,” she said. “And of course, homemade whipped cream, nothing from a can. I do have a sweet tooth after all, so I do like the pies.”

Moore-Pastides’ favorite dish is the pie while her granddaughter, Alice, raves over the mushrooms.

“She had Grandparents Day at her school last year,” said Moore-Pastides. “They had to fill out a form that said ‘What’s a special thing that your grandmother does for you,’ and she said, ‘She makes me mushrooms.’”

Food seems to be the focus of the holiday but with the family spread around the country, Moore-Pastides values when her family is all together and they can share their Thanksgiving prayers.

“Now we cry because we’re in the last third of our lives,” she said. “We can really look back and see what shaped us. We’ve suffered a little bit with loss. To remember those who are no longer with us, it gives the holiday more meaning than just eating.” 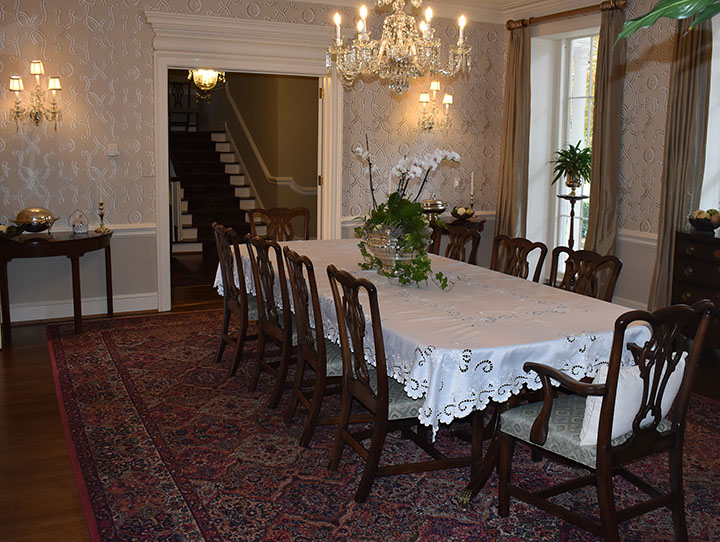 When USC plays Clemson at home, the Pastides host their guest in the first floor dining room. The kitchen is on the second floor so throughout the day, many trips are taken to bring food down for Thanksgiving dinner. 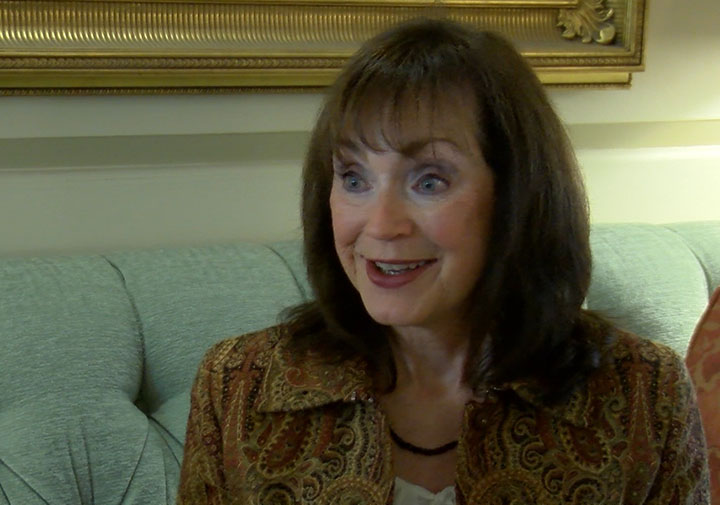 Patricia Moore-Pastides, first lady of USC, started baking when she was in the seventh grade. Home economics class was where she learned to bake from scratch because her mother would use a cake mix. 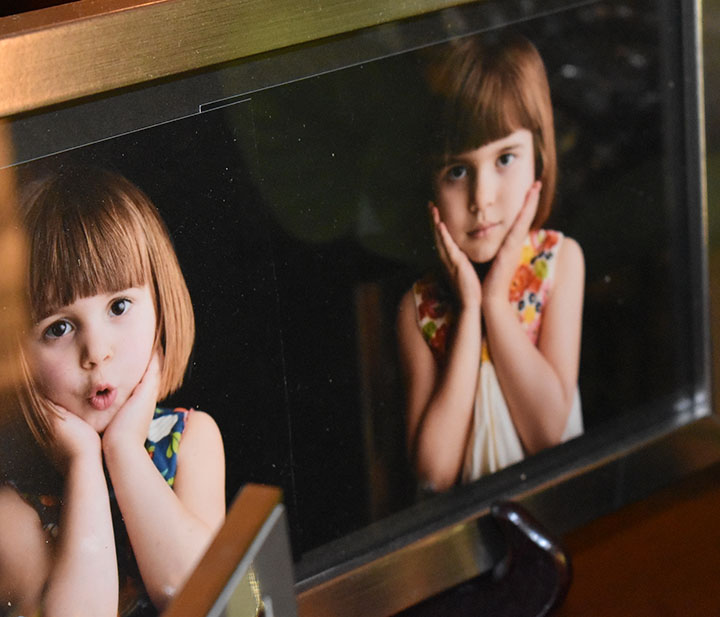 Moore-Pastides loves having the house full during the holidays. While she enjoys the pies, her granddaughter Alice, enjoys the mushrooms. 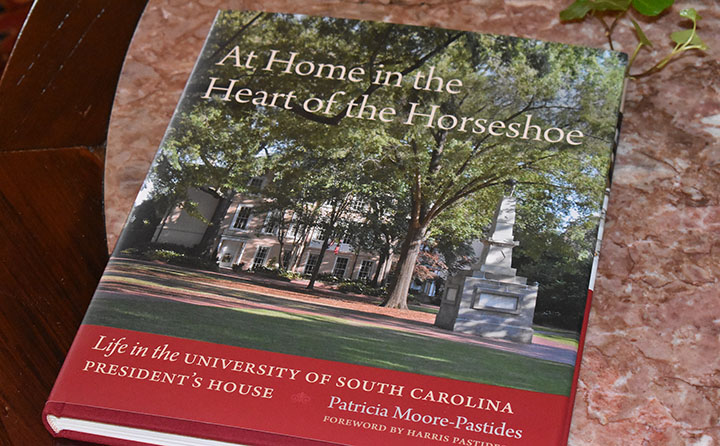 At Home in the Heart of the Horseshoe by Moore-Pastides features pictures of the President’s house decorated for Christmas. It also gives a glimpse into their apartment which includes a playroom designed for their grandchildren.