The gubernatorial candidate you haven’t heard of 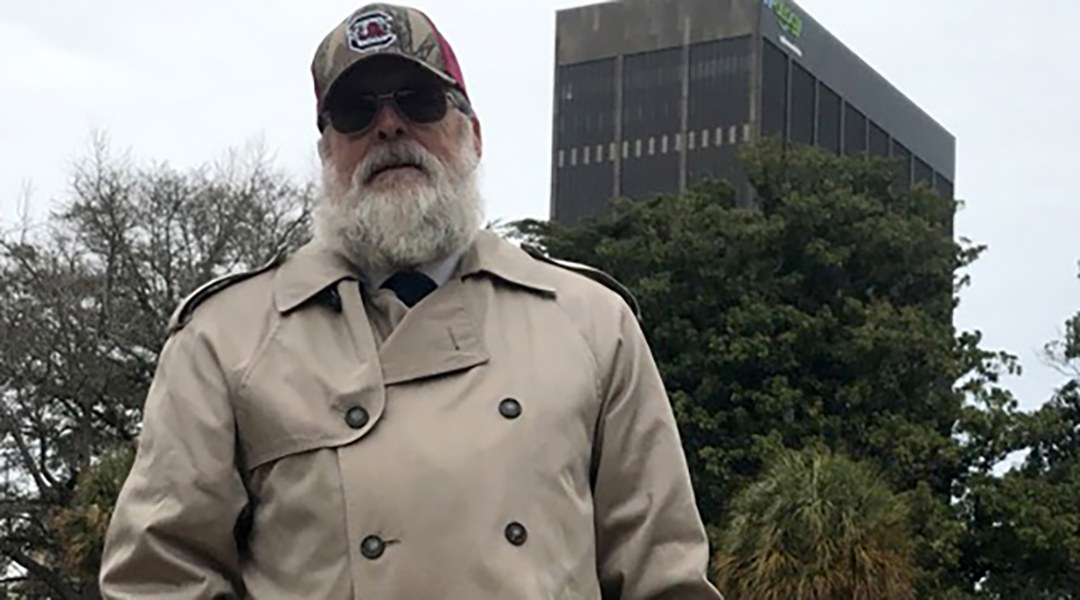 Phil Cheney, a 68-year-old retired librarian from Fair Play, is mounting a petition candidacy for governor. 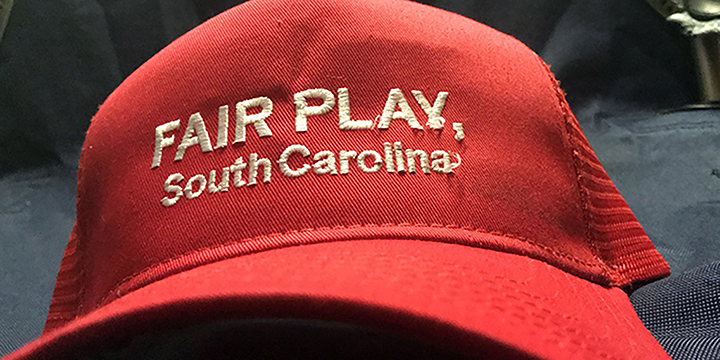 Phil Cheney hands out these hats, depicting his hometown, at his events and says they are not designed with any party affliation in mind. 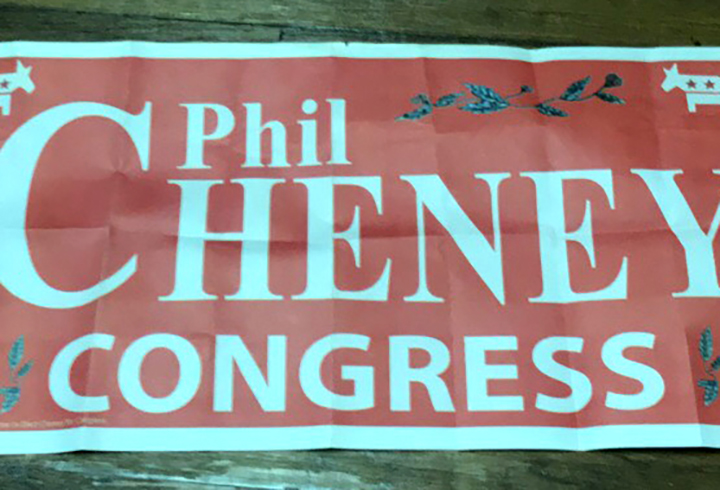 Even though he fashions himself as a political outsider, Phil Cheney’s experience running and funding his own congressional campaign means he isn’t politically green. 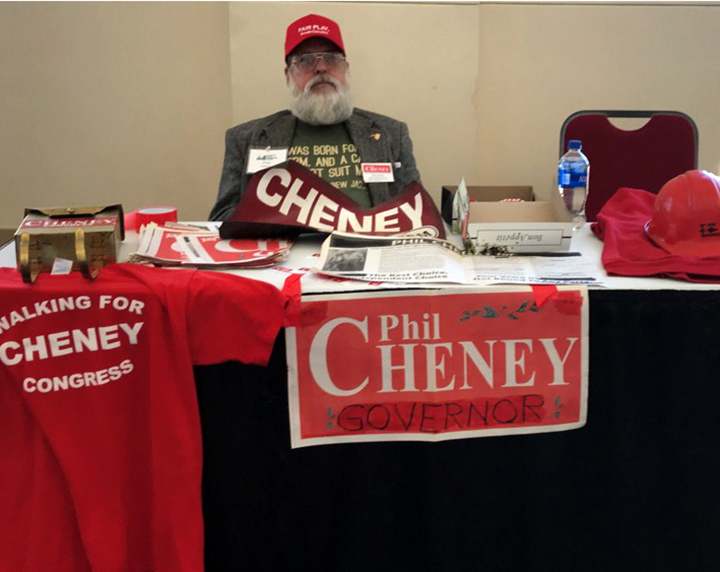 Phil Cheney is one of nine candidates for governor and the only one not registered as either a Republican or Democrat. 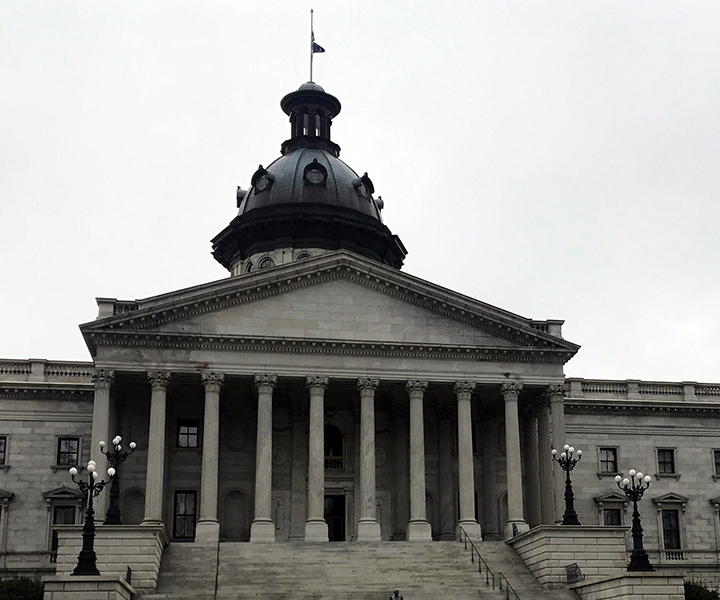 Gubernatorial candidate Phil Cheney frequents the State House in an attempt to get familiar with the office should he become the next governor. 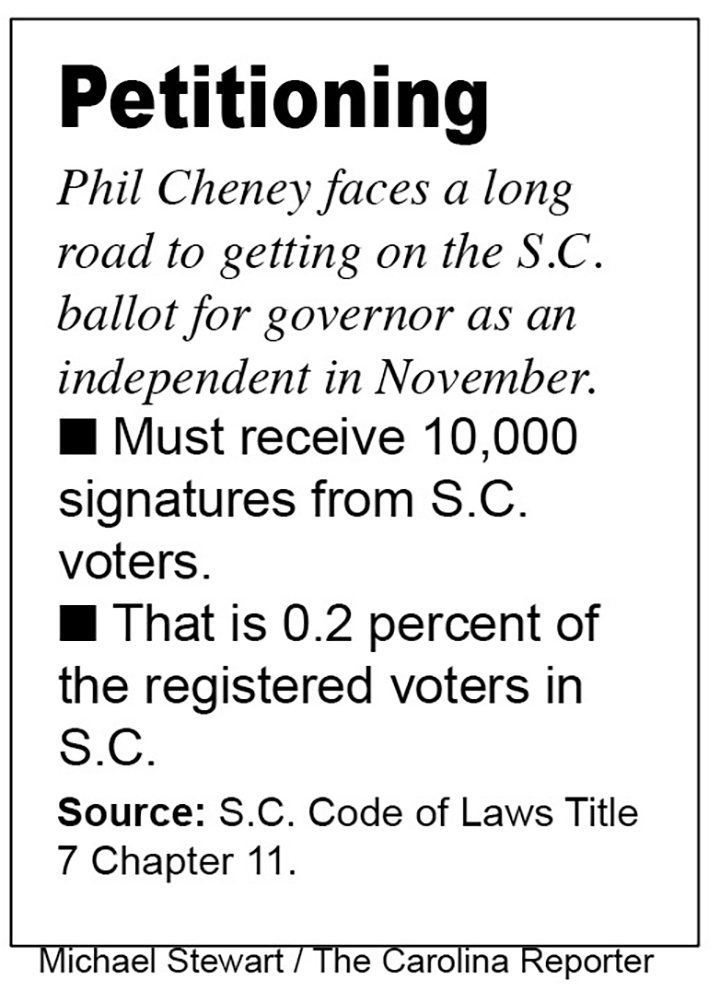 Cheney lives in Fair Play, a small town in Oconee County, and is recently retired from running the county’s libraries. He previously ran Anderson County’s system as well. Cheney says his time directing libraries has made him knowledgeable on many subjects and makes him uniquely qualified to handle government. Cheney is running this campaign as a petition candidate, guaranteeing he will be on the ballot if he can get 10,000 signatures.

But that doesn’t mean that Cheney has zero political experience. He lost to Lee Ballinger in the 2006 District 3 Democratic primary, a congressional seat now held by Republican Rep. Jeff Duncan. He also sat on the Anderson City Council from  1996-2008. His most recent foray into politics was an attempt to run in the District 5 Democratic primary, but he did not make it to sign up in time.

“What happened in District 5 was that I got there too late because they changed the location to file as a candidate,” Cheney said. “The website said one thing, but the actual location was another. They wouldn’t accept my money, so I ran as a write-in.”

Cheney’s next task is to get a running mate. He originally wanted Sen. Floyd Nicholson, D-Greenwood, but Nicholson declined. Now Cheney is focused on Sen. Mia McLeod, D-Richland, as his potential lieutenant governor.

Carolina News & Reporter put in multiple calls to McLeod’s office to comment on Cheney’s request, but none were returned.

One of Cheney’s top issues is dealing with the student debt crisis in South Carolina. He agrees with U.S. Sen. Bernie Sanders, D-Vermont, that higher education should be free. But Cheney is first concerned with the students who already have acquired massive amounts of debt.

“My daughter still owes $28,000, and she graduated over 10 years ago,” Cheney said. “If you have crippling debt, you can’t participate in the economy, and that’s not good for the country. We need to be able to refinance these things.”

Cheney suggests taking the framework of the federal Teacher Loan Forgiveness program and widening the eligibility requirements. Currently you must “have been employed as a full-time, highly qualified for five complete and consecutive academic years” to qualify. Cheney would like to open the pool up to people who aren’t specifically educators.

Cheney sees the main role of government in S.C. as a watchdog to protect the rights of the powerless. He also says that anyone who has never experienced hunger, homelessness or poverty is unequipped to serve as an elected representative because they cannot relate to the lives of the majority of South Carolinians.

Any petition candidacy in America is a long shot, but Cheney does represent a new wave of politicians who embrace their outsider status. Like most third-party candidates, he is in favor of gutting the two-party system.

“The constitution says nothing about political parties, so why don’t we have more than two prominent ones?” Cheney said. “But 10,000 signatures to run as a petition candidate is way too much.”

Cheney is a man of many metaphors, but perhaps his most colorful one is his description of the S.C. legislature.

“It’s like the Harlem Globetrotters and the Washington Generals,” Cheney said. “There’s all this arguing and fighting but the same side always comes out on top and nothing changes. It’s time for someone who wants to get things done in this state.”