The hidden gem of the Midlands 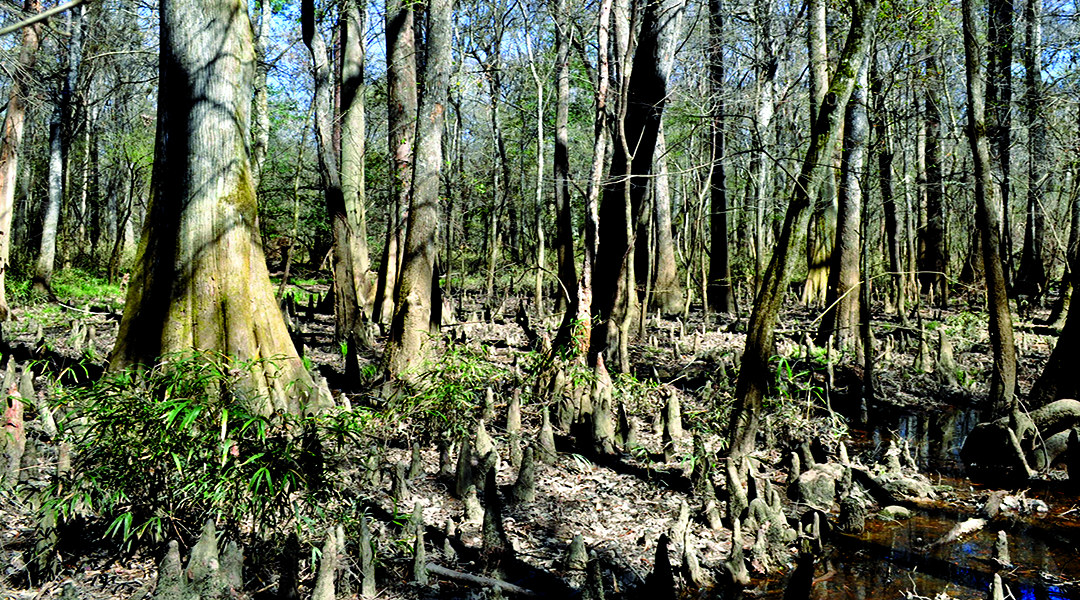 The gnarly cypress knees of Congaree National Park jut out of the lowland plain like stalagmites in a cave. 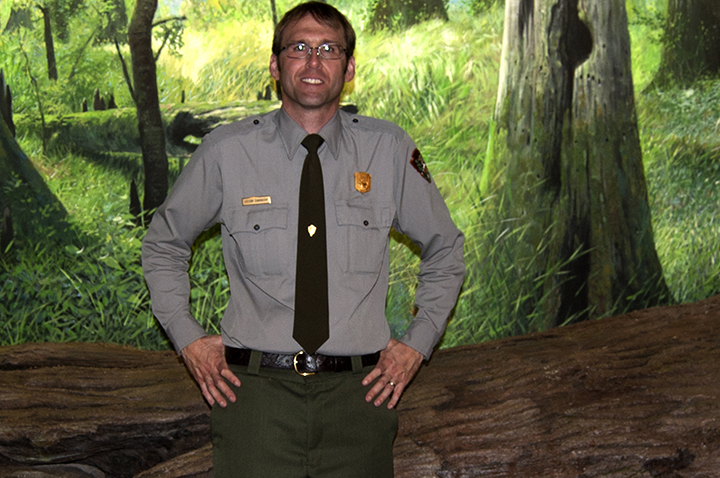 Gregory Cunningham is the acting director of Interpretation for Congaree National Park and is one of the few staff members at the park currently. 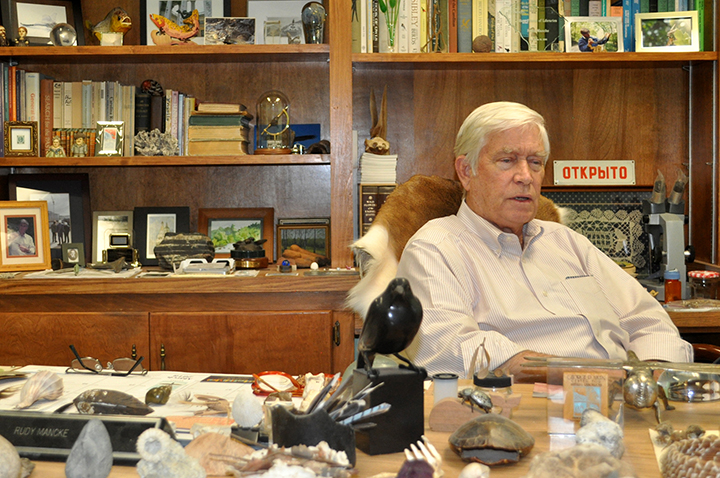 Rudy Mancke, naturalist in residence at the University of South Carolina, has spent most of his life outdoors working with nature and he has a strong connection to Congaree National Park stretching back to the 1960’s 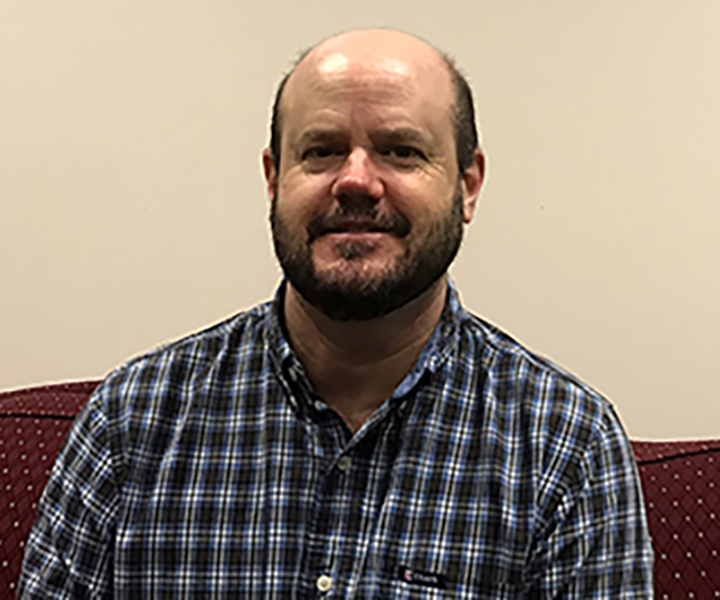 Dr. John Kupfer spends a lot of time in Congaree National Park, doing research on the changing patterns of flooding and how it impacts the ecosystem. 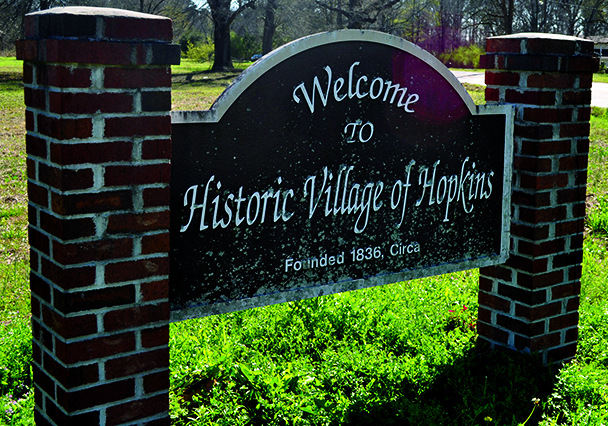 The rural community of Hopkins is home to Congaree National Park, but many locals do not go to the park.

The twilight of morning subsides and light peaks through the massive trees, shining on the cypress knees poking out of the brackish water of the floodplain of Congaree National Park. For fans of nature, Congaree is an escape from the rat race, but many local residents are unaware that South Carolina’s only national park is in the Midlands.

“It’s unlike anything else out there,” said Rudy Mancke, naturalist in residence at the University of South Carolina. “The interesting feeling is the cathedral effect the tall trees have.”

Mancke, who was the host of SCETV’s NatureScene from 1978 until 2002, has traveled all over the United States to national parks, but he will always have a connection to Congaree.

“I’ve been going there since the sixties, before it was even a national park. But I fell in love with it,” Mancke said. “Back then it was called the land of the giants because it was the redwoods of the east. And it’s still the largest old growth forest left in the U.S., and that’s pretty incredible.”

The park is an ideal spot for nature lovers. It has been designated as an international biosphere reserve by Man and the Biosphere Programme, or MAB, an intergovernmental scientific program, launched in 1971 by UNESCO.

Sophie Tenerest, a Lexington resident, was a gardener for 32 years before retiring. Congaree provides a place for her to keep in touch with her inner green thumb.

“I feel like coming here is just something that I wouldn’t want to miss out on,” Tenerest said. “It’s not a tradition, but I love coming here because it calms everything down from the outside world and lets mother nature take over again.”

Tenerest is one of the few local residents who frequents Congaree regularly. Gregory Cunningham, park ranger and acting chief of interpretation for Congaree National Park, says that people from around the globe come to the park.

“At least anecdotally, the vast majority of the people who come into the visitors center are not local,” Cunningham said. “We have people from Africa, Australia and a busload of German tourists about every month. Yet there are so many people who live ten minutes down the road who have never been here.”

Marquis Beetle, a 36-year-old resident of Hopkins, South Carolina, fits Cunningham’s description.  Beetle said he had been to the park once or twice in his life, just to camp with his uncle and cousins.

“I couldn’t really tell you much about it,” said Beetle. “I don’t remember much other than it being real hot. I think people here just got other things on their mind other than the swamp.”

The “swamp” moniker is a problem that both Mancke and Cunningham pointed to as a reason for local confusion. Cunningham says he encounters the issue of locals knowing what the Congaree “swamp” is, but not realizing that it is a national park.

Congaree National Park stretches over 26 thousand acres in Richland County. When it was established as a national monument in 1976, it was named the Congaree Swamp National Monument. This is a bit of a misnomer according to Mancke, as it is a floodplain forest. Despite this, the name stuck. It was not until 2003 that Congress changed Congaree’s designation and it was officially known as Congaree National Park.

Even with local support less than expected, the park attracts many visitors. According to their records they had almost 160 thousand people visit the park in 2017, which was up about 15 thousand from the previous year.

Congaree National Park also provides an ideal place for scientific work. John Kupfer, a geography professor at the University of South Carolina, has conducted extensive research in the park. His work deals with establishing linkages between the flooding of the Congaree river and how altering the flow of that flooding impacts the ecosystem.

“When I came to USC 12 years ago one of the things that brought me here was the opportunity to work at Congaree,” said Kupfer. “I grew up going to national parks, and I think it is a part of the American family experience.”

Because Congaree is a relatively small national park, it has extremely high rates of turnover. Kupfer likened it to a college mid-major in sports. If the coaching staff is successful they will move up to a larger school, and the same applies to national parks. Mancke echoed this opinion and voiced his frustrations with the system.

“If you’re a naturalist you should want to stay in one place for long enough to get a handle on it,” said Mancke. “When I was doing the television shows, at the places I’d go, I would know more about the place than the naturalist who worked there. And that’s not good.”

Cunningham is currently dealing with understaffing. He and one other ranger are the only employees of Congaree National Park currently. But the park has a strong volunteer program that keeps things up and running.

“The volunteers are great, and it shows that they’re really buying into being good stewards to the park,” Cunningham said.

You only have to visit Congaree National Park once to see why it is such a jewel for the Midlands. The flora and fauna are so diverse that being in the park makes one forget there is an outside world. The average tree canopy height in the park is over 100 feet tall, keeping the heat and sun to a manageable level. Birds, squirrels and insects are all over the forests, and even the occasional feral hog will appear.

Congaree National Park also has fishing, camping and canoeing, but for those with just a day, Cunningham recommends walking the Boardwalk Trail. The best place to find large trees in the park. But if you’re strictly looking for rare animals, there is always the chance you will see the elusive ivory-billed woodpecker, just don’t count on it says Mancke.

“I’ve looked for the ivory-billed woodpecker since I’ve been coming here, but I haven’t seen one,” Mancke said. “Maybe tomorrow will be the day.” 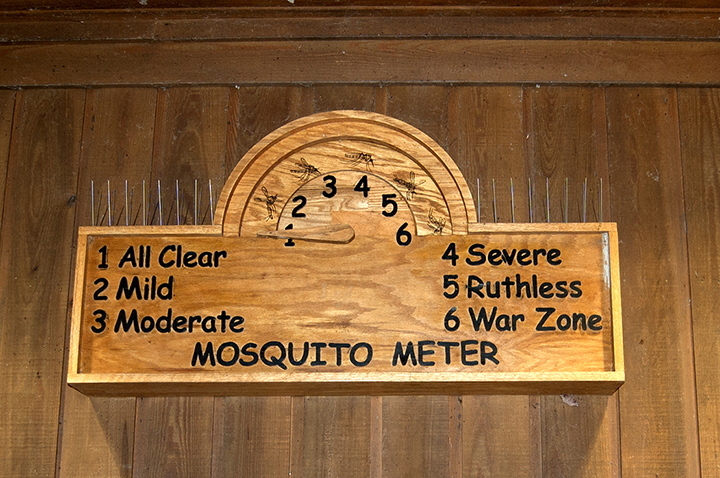 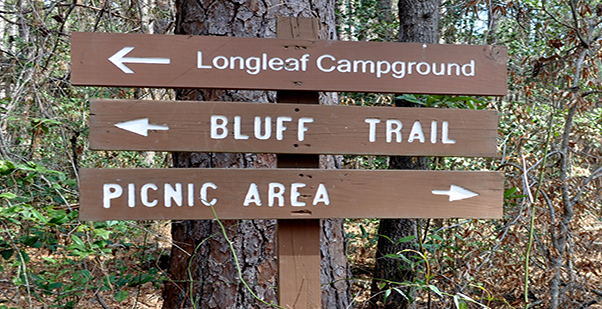 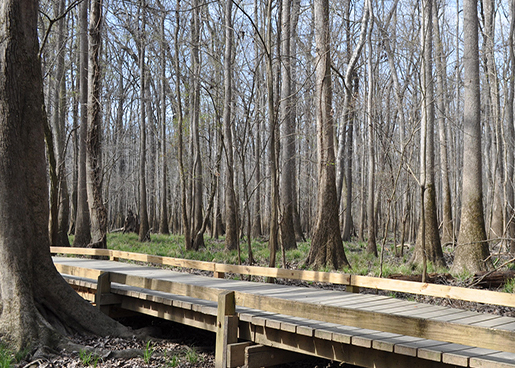 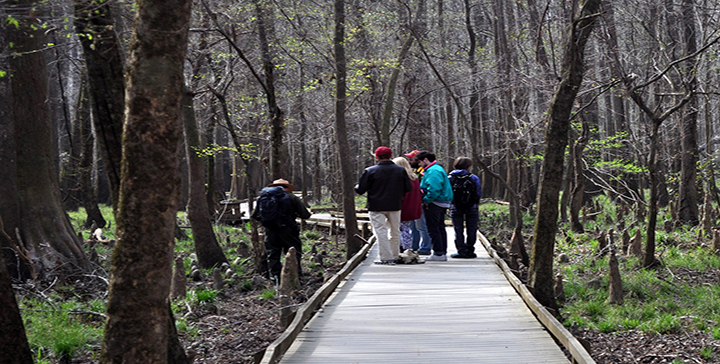 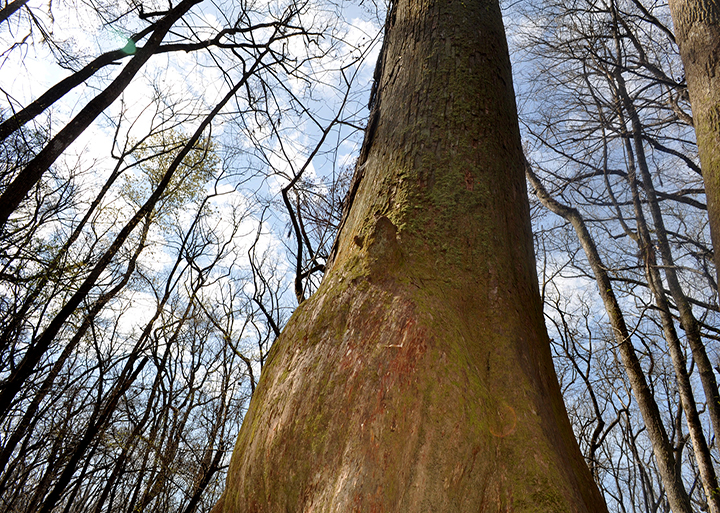 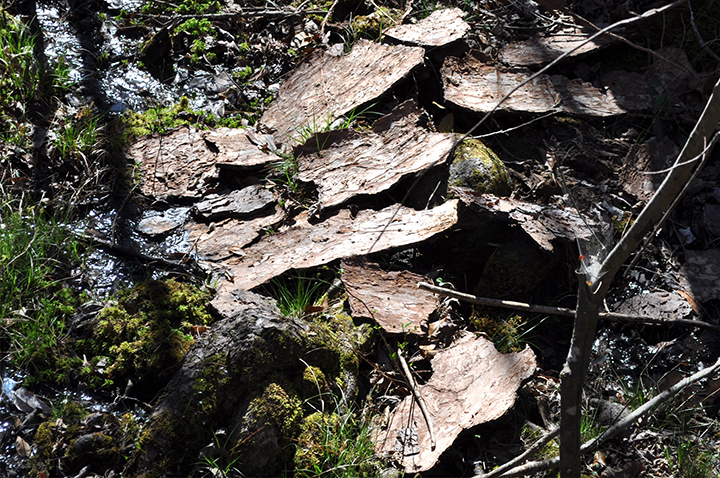 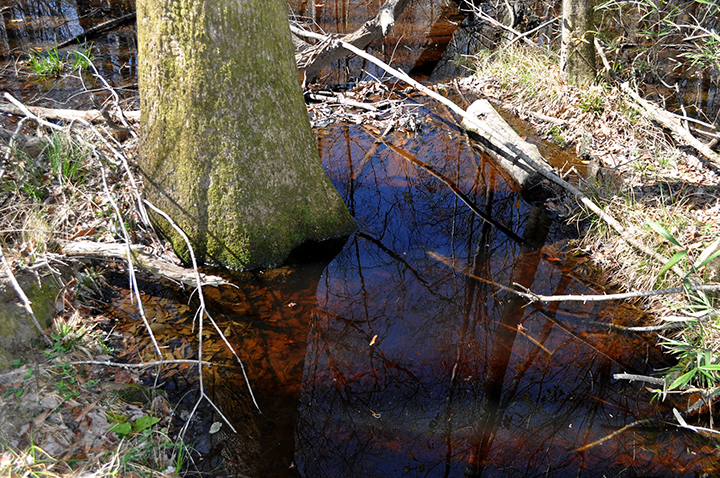 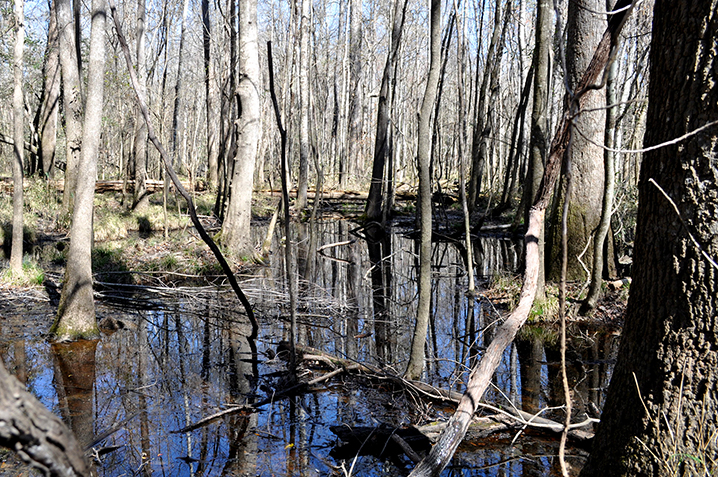 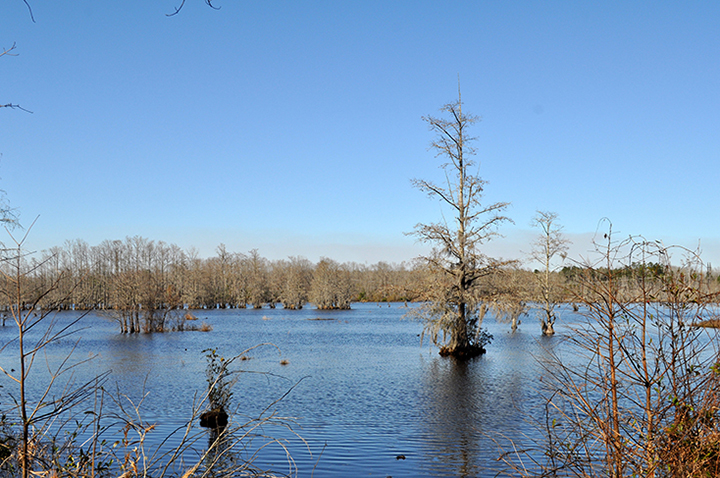 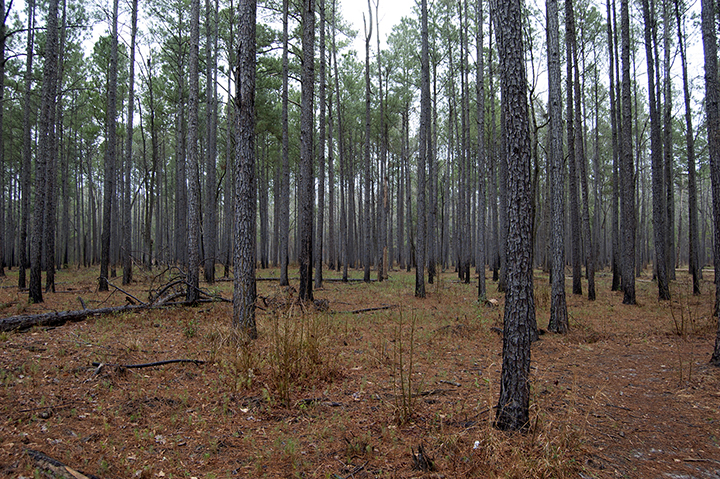