Titi excels on and off the track 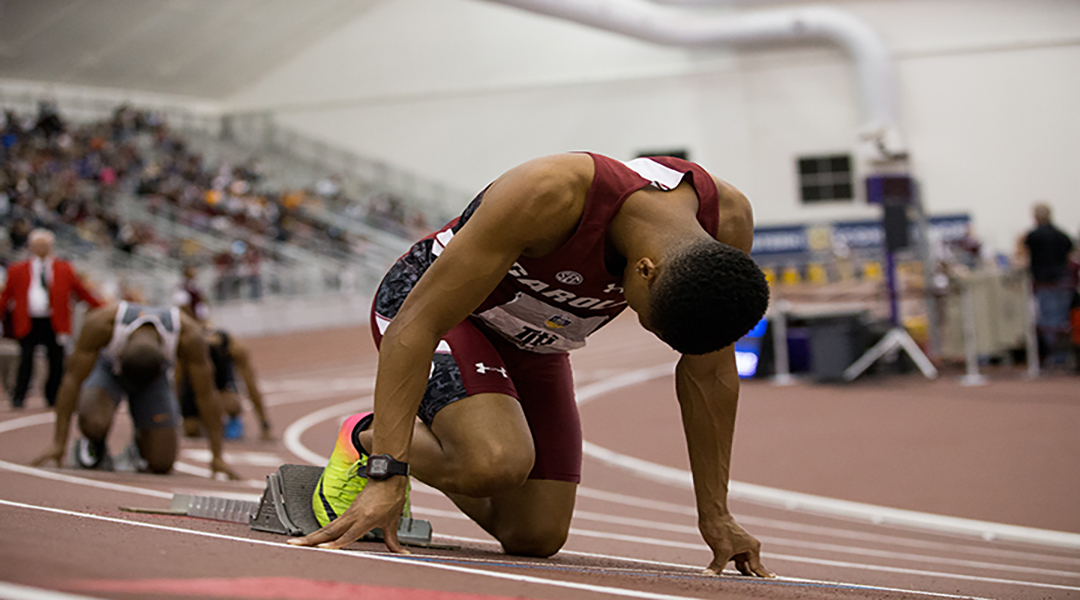 Ncincilili Titi has left his mark on the Gamecock program both on and off the track. Credit: USC Media Relations 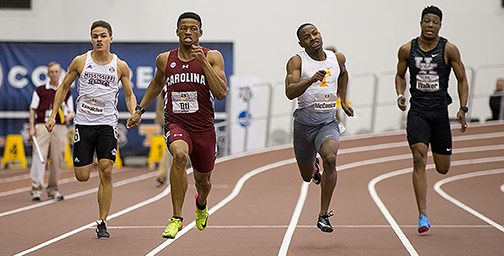 Titi winning his heat in the 200m at the SEC indoor championships in February. Credit: USC Media Relations 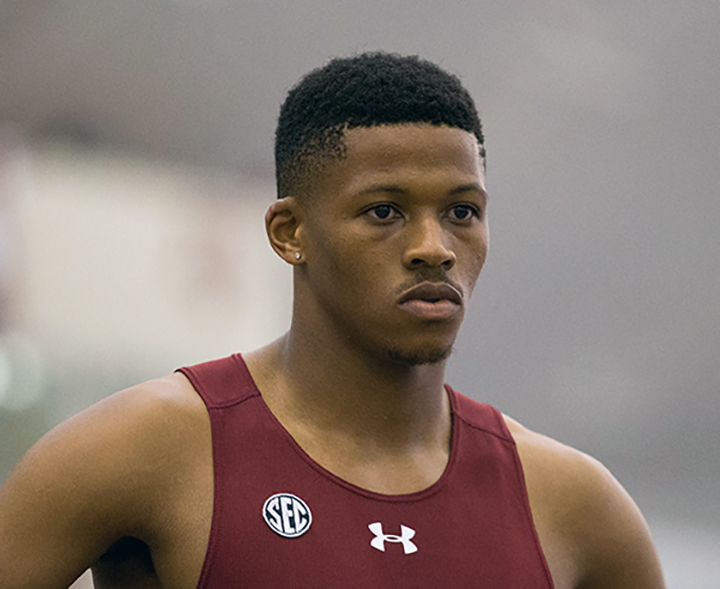 Titi looks on as he prepares to run for the 200m indoor SEC Championship. He would finish fourth. Credit: USC Media Relations

This weekend, at Texas A&M University, Senior Gamecock track-star Ncincilili Titi will race for the NCAA championship in the indoor 200 meters. Off the track, Titi received the honor of SEC Scholar-Athlete of the year for men’s track and field.

“Crazy prize,” Titi said. “I did not really know what it was, but I caught kind of  how big it was by how many people were talking about it.”

Titi became just the fourth Gamecock to win the award. While the public health major from South Africa knew little about it, being honored certainly didn’t surprise him.

“I am a hard worker so in anything I do, I try to excel,” Titi said. “So be it on the track or in school, if you do something you should give it your all.”

A native of Butterworth, South Africa, Titi wanted to come to the United States to extend his running career.

“I was looking for a school in the U.S. and I think USC really reached out to me compared to other schools,” Titi said. “So, I signed here.”

Since arriving in Columbia, Titi has left his mark on the Gamecock track program. He has been named an All-American six times and holds the program record for the outdoor 200 meters (20.14). Last season he was a first-team All-American when he qualified for the national title heat in the indoor 200 meters, finishing in eighth place.

In January, Titi set a new personal record in the indoor 200 meters at the Clemson Invitational, running at a time of 20.45. That time currently ranks second in the nation and first in non-altitude races.

After graduating from USC, Titi plans on continuing his running career. He also would like to re-ignite a childhood hobby.

“I have plans to continue running and I also have a pilot’s license which I’d like to expand on,” Titi said.

Growing up, Titi often enjoyed being around planes. As a kid, he would spend time at the airport and observe the traffic of the jets coming in and out.

“I was fascinated by it,” Titi said. “In high school, I got this flight simulator that I borrowed from a friend. He gave me the CD, I downloaded it to my computer and it was Microsoft flight simulator 2002. I was clueless in the beginning but in time, before I knew it, I was proficient.”

For now, Titi will continue flying around the track as he looks to capture a national championship in the indoor-200 meters in College Station. Qualifying with the second-best time, he enters the March 9-10 competition as one of the favorites.

“I want to do better than what I’ve done this season and previous seasons,” Titi said. “I think I have a very good chance of winning, so why not win it?”