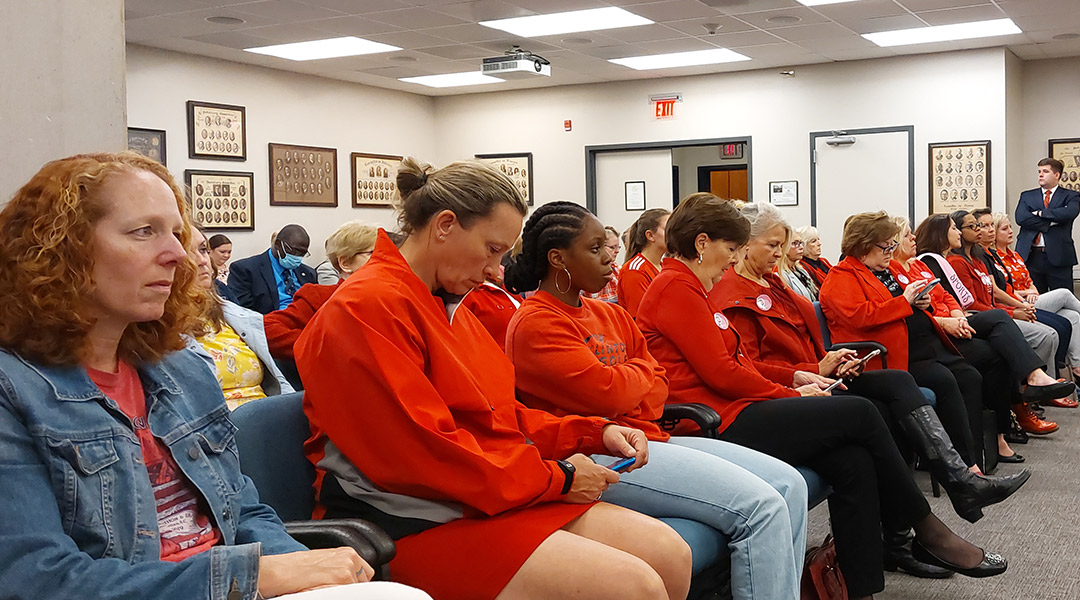 Supporters of the Save Women’s Sports Act showed up in red clothing to watch the Senate Education Committee meeting in Columbia. Photos by Abigail Brandon
A bill that would require transgender students to play on sports teams that correspond to their gender identity at birth was advanced by the South Carolina Senate Education Committee on Wednesday.

Opponents argued the bill solves a problem that doesn’t exist in South Carolina because there are so few transgender athletes in the state. The sex of a high school or college athlete would be verified using birth certificate issued “at or near the time of birth.” The law has been amended to also apply to college and private schools that compete against public schools.

Sen. Gerald Malloy, D-Darlington, argued against the bill and was particularly concerned with its impact on  college sports and participation in national tournaments. He also feared the measure, if passed, could lead to lawsuits from students with athletic scholarships.

Sen. John Scott, D-Richland, reiterated concerns that he voiced earlier in the session.

“People are all upset about something that doesn’t even exist in South Carolina,” he said.

There have been four instances of transgender athletes petitioning to compete on the sports team of the gender they identify with in S.C, according to Sen. Richard Cash, R-Anderson, the sponsor of the legislation.  Two were approved, and two were denied.

He defended the bill by reiterating that while it may not be an issue now, it may become one. He cited recent wins by a trans woman athlete from The University of Pennsylvania.

Eleven states have passed similar legislation, with eight states requiring that the law apply at the college level. One of the main concerns senators had at Wednesday’s hearing was whether this bill applying to colleges would have an impact on NCAA tournament play. So far, that hasn’t been an issue in states like Florida and Texas that have already passed this bill.

Supporters of the bill say that physical advantages cannot be ignored, and it would be unfair to the cisgender women who compete against transgender women.

“No one should be discriminated against because they’re trans, but if we don’t recognize the biological differences and the unfair advantages that someone would have competing with males characteristics in women’s sports, we’re now discriminating against the women,” said Sen.  Larry Grooms, R-Berkeley.

The bill will now advance to the Senate floor for debate.  Cash is eager to get the bill passed  because of the April 10 deadline for each chamber to act on its own legislation.  If the bill doesn’t make it out of the Senate, it will have to be re-introduced another year.

Despite bipartisan concerns that the bill wasn’t ready to be advanced, Cash pushed for a vote to be taken. Some senators suggested waiting one week before voting to hear opinions of colleges and private school as to how this would affect them.

“This bill right here is not ready for prime time,” said Sen. Greg Hembree, R-Horry. “When you’ve got problems like this going to the floor with two weeks left, you’re writing your own obituary right there, in my view.”

The bill passed the committee by a voice vote. 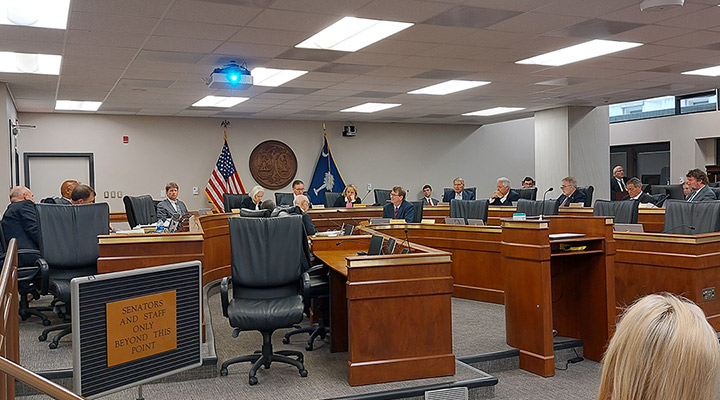 The Senate Education Committee voted to pass the bill after a long debate with questions over college sports and potential lawsuits.