The international spotlight shone on UofSC’s Alumni Center Friday as officials from UNESCO and the United Nations’ World Food Programme discussed the importance of a global free press.

Beasley, now the World Food Programme’s director, began by relating his organization’s needs to the spread of information.

“The press is absolutely critical to sensitizing people around the world,” Beasley said. “I’ve got people dying all over the place, and if the average American taxpayer knew what was going on, they would pressure their elected officials to take action.”

The World Food Programme assists tens of millions of people with food insecurity and emergency aid internationally each year.

The event also highlighted concerns about social media usage. Filipino journalist Maria Ressa spoke via video about the power of websites such as Facebook to spread disinformation.

“Social media, with its highly profitable micro-targeting, has become a behavior modification system, and we are Pavlov’s dog, experimented on in real time with disastrous consequences,” Ressa said.

Ressa said the Jan. 6 attack on Capitol Hill awoke many journalists to the scope of social media disinformation.

“As we face the coronavirus, there’s an equally dangerous and insidious virus of lies that’s been unleashed in our information ecosystem,” Ressa said.

She called for journalists to continue to inject facts into the social media landscape.

Azoulay highlighted a need for social media moderation as well, saying that the world should have regulated social media at its inception.

“We have not organized the rule of this new information ecosystem,” Azoulay said.

Beasley also spoke against the media’s focus on singular issues.

“At least twenty million people may die by the end of the year from hunger,” Beasley said.  “Where’s the news? Where is the outrage?”

The panelists agreed that it is the younger generation’s responsibility to use technology to guide the world in the right direction at a time in which everyone is “more disconnected than we’ve ever been,” Beasley said.

“The young people I think inspire the older generation because it’s your heart, your passion but also lets make sure you’re building up and not just tearing down,” Beasley said. “Fight, fight, fight, but do it respectfully.”

Toward the end of the forum, College of Information and Communications Dean Tom Reichert also announced the creation of a UNESCO Chair in Data, Media and Society within the college. This chair will work with UNESCO to host annual summits at UofSC with leading experts to discuss big issues in media and to conduct social media analyses.

“We are incredibly honored to be considered among the elite universities with a chair from UNESCO,” Reichert said.

Creation of the new chair is pending board approval. The event was invite-only, with roughly 50 people in attendance. A link to the recorded livestream is available here. 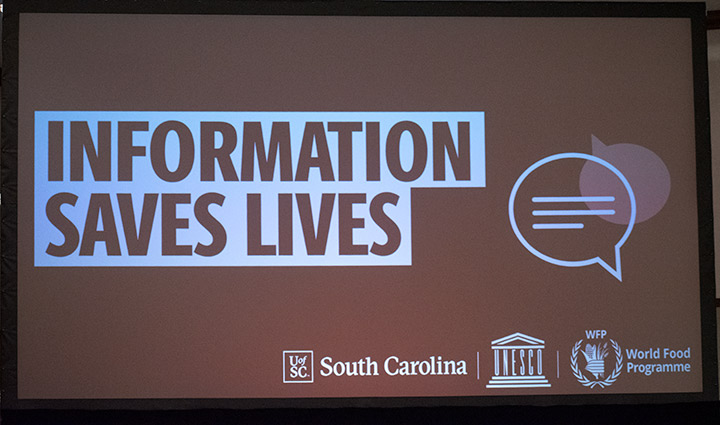 The forum panelists discussed disinformation in the era of social media and the lack of news coverage for global hunger crises. 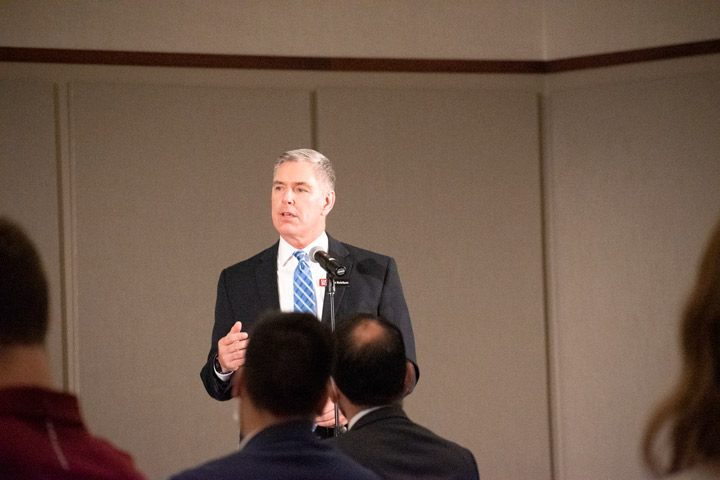 Dean Tom Reichart of the College of Information and Communications announced the creation of a new position, the UNESCO Chair in Data, Media and Society. Photo by Sheila Paz