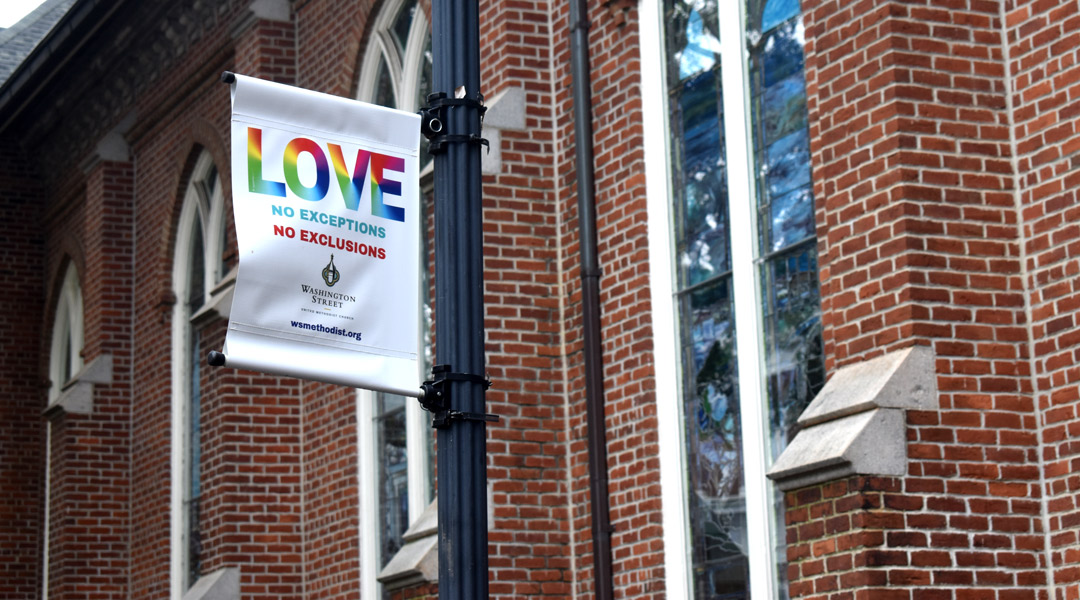 The banner flies outside the stained glass windows of the Washington Street United Methodist Church as a beacon of hope and support for the local community. Photos by Meghan Hurley

Nancy Whittle’s hands trembled as she approached the altar. One unsteady leg at a time, she knelt down, overcome with emotions she had never felt before. As members of the church laid gentle hands on her back in solidarity, she took a deep breath and shed a tear.

Whittle had doubts about her place in the church, but this experience helped affirm her belief that she belonged at Washington Street United Methodist Church as a member of the LGBTQ community.

Her road to acceptance has not been linear. While she had not lost her faith, she learned to believe in her own way. Much like the banner displayed in front of Washington Street, she had wavered with the wind but was tethered to her faith by one strong word: “Love.”

“That was one of the most affirming things that ever happened to me as a gay person,” Whittle said. “I knew that this church was real at that point in time. I felt like I had an army of kindred spirits behind me.”

Members of Washington Street United Methodist Church aim to negate the ill effects of discrimination that have made LGBTQ members feel like outsiders in the faith by affiliating with the Reconciling Ministries Network. Like many mainline Protestant denominations, Methodists have wrestled with ordination of gay pastors, recognition of gay marriage and overall acceptance of the gay community.

In the end, they fell short. According to an NBC News article published in March, conservative leaders of the United Methodist Church revealed plans for a breakaway denomination, known as the Global Methodist Church, that would not recognize same-sex marriage.

“Our hopes were dashed; the traditional plan was voted in,” Whittle said. The traditional plan meant the church was taking steps backward from reconciliation, and returning to “traditional” values which were actually “even more restrictive” for its members, she said. The new initiative, which will likely be debated at the 2022 general conference of the church, also detailed further punishments for gay pastors. The  church’s path to acceptance “came to a halt,” said Whittle.

Through the network, progressive churches, like Washington Street, can live out their theological convictions and ignore bans against gay marriage and ordination of of LGBTQ clergy. Using conversation as a gateway to acceptance, they got to work sharing flyers and displaying banners throughout the block of Washington Street.

“It was about sharing our message and saying what we were thinking, but also listening as much as we were talking,” Whittle said.

Below the colorful “Love,” the banner is decorated with two short sentences in bold black font: “No exceptions. No exclusions.”

“We are so fragmented as a world,” said the Rev. Becky Shirley, the church’s senior pastor of Washington Street. “We need to be able to see God’s fingerprint on those things that we call secular, and be able to talk about it.”

Though Washington Street has opened the conversation, that does not mean that other churches have been willing to engage. Decades of discrimination by the church have left a sour taste in the mouths of LGBTQ youth such as Victor Ponds.

Ponds is the communications director of the University of South Carolina’s LGBTQ organization, IRIS, which stands for Individuals Respecting Identities and Sexualities. Ponds is nonbinary and uses they/them pronouns. Ponds recognizes that some members of the LGBTQ community take comfort within religion, but still emphasizes the damage they believe it’s caused.

“It’s very much a culture of shame and self-hatred that gets perpetuated. And so, yeah, I mean like, me and all my friends who grew up in that environment,” Ponds said. “We all had terrible mental health as teenagers, like we were all depressed and suicidal at various times, and it was all like, directly because of Christianity.”

The ministry at Washington Street is aware of the harm that Christianity may have instilled and encourages victims to share their experiences with them next month.

Whittle plans to help run Washington Street’s booth at Columbia’s pride festival on Oct. 24 to help connect with other LGBTQ people. Next to their booth will be a board for others to write ways in which the church has hurt them. The hope for the board is to create a safe space for those to share their adversities and to inspire others to also come forward.

“I think the banners already speak to that mission and attract that initial attention,” said Jane Peterson, director of communications for the church. “But now with the board we’re actually showing them, ‘we do want to hear you speak’ and ‘we care what you have to say.'” 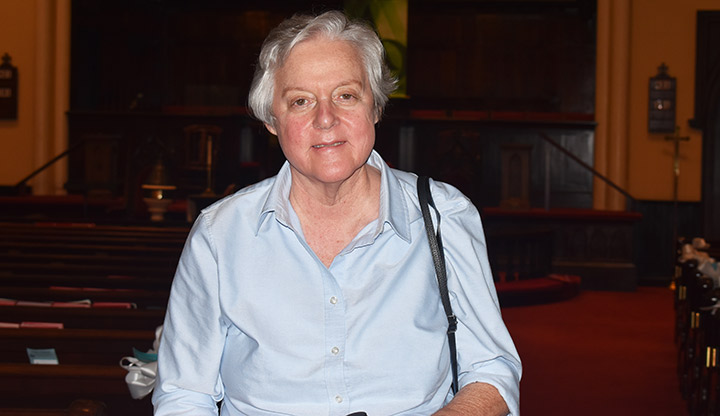 Nancy Whittle, from Columbia, retired from doing social work at DHEC in 2012. These days she spends her free time at Washington Street United Methodist Church. 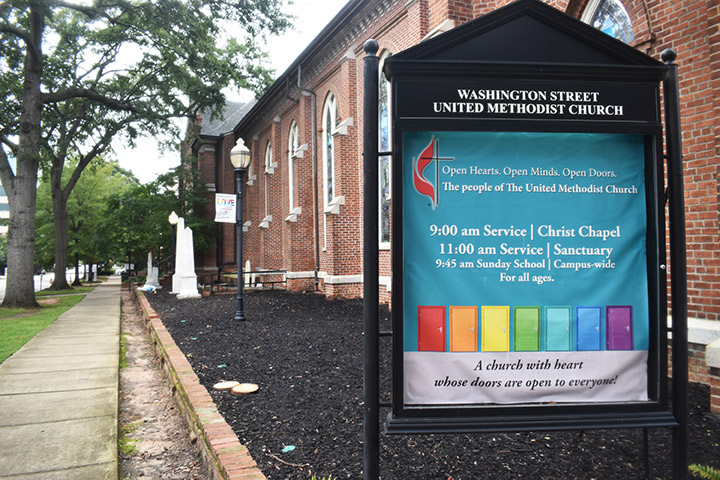 The church service information is displayed above an array of colored doors and an inviting slogan.

The youth group has taken on the door project to be on display next month at the pride festival. Photo courtesy of Jane Peterson. 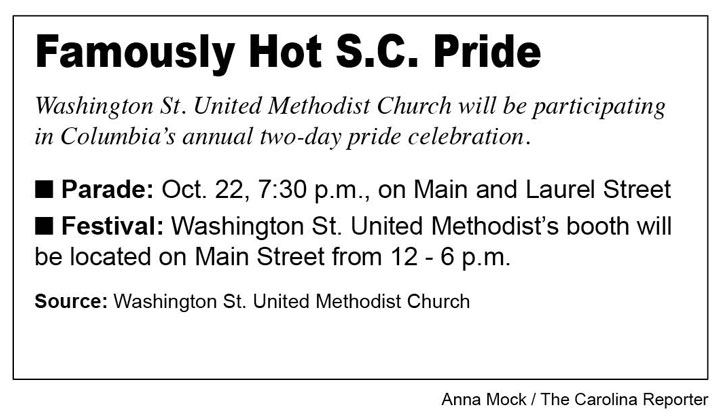