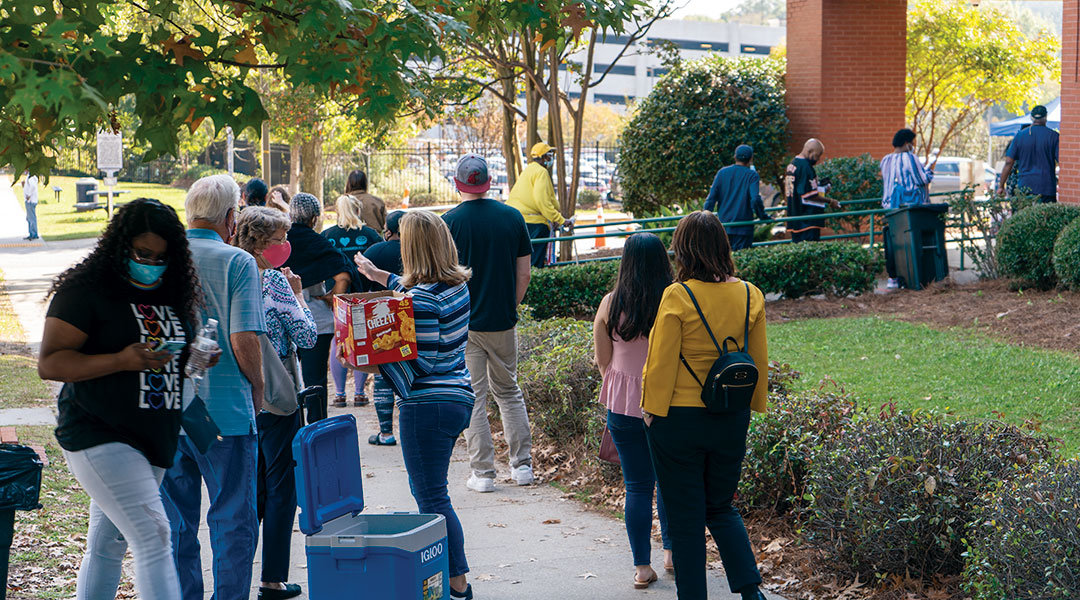 University of South Carolina political science professors joined together Tuesday night to discuss how they see the 2020 election unfolding based on recent history within all three branches of government.

Todd Shaw analyzed the Electoral College and key battleground states for the presidential election. Robert Oldendick discussed Senate and House majorities and the likelihood of those chambers changing political leadership and Jessica Schoenherr broke down the recent appointment of U.S. Supreme Court Justice Amy Coney Barrett and how her appointment could affect the presidential election and future courts.

To understand the probability of a victory for either President Donald Trump or his Democratic challenger, former Vice President Joe Biden, Shaw looked to the 2016 election for guidance and at individual states for predictions.

Shaw said that in such a polarized political climate, polls are more telling when focusing on the state level rather than the national level such as in 2016 when presidential candidate Hillary Clinton won the popular vote but lost the electoral vote.

“The dynamics of the electoral college currently, because it has changed over time, tends to benefit the GOP due to a wider distribution of GOP-leaning voters,” Shaw said. “California has almost 40 million people and… has 55 electoral votes but if you take a compilation of many more smaller states that we traditionally think of as red states… they have about 38 million in terms of population but 96 electoral votes.”

Looking at specific states will give voters clues as to who will win the election as they wait for results to be tallied. When predicting victories, Florida, Georgia and Texas should lean heavily towards Trump to indicate a Republican victory while Michigan, Pennsylvania and Wisconsin should lean towards Biden to indicate a Democratic one.

Looking at the red states, Shaw said Biden is looking competitive and that can be an indicator nationally. In the blue states, Biden maintains a comfortable lead, a lead that he has held since the pandemic began to worsen in the spring of 2020.

Shaw attributes some of the support Biden is receiving in these states to increased voter turnout, support from older voters and the choice of Vice President, Kamala Harris.

In the congressional elections, Oldendick noted that the Senate needs a net gain of four seats, or three if Biden wins the presidency since Harris, as vice president, would be able to break ties, to gain a majority. This election, there are 23 Republican, 12 Democratic and two Independent seats up for election.

“One thing that we are pretty sure of in terms of this election is there is a seat in the Senate that the Democrats are going to lose,” Oldendick said. “We’re pretty confident that Tommy Tuberville in Alabama is going to pick up the seat that’s currently held by Doug Jones so that will mean the Democrats will need a gain of five seats.”

Oldendick’s top five seats held by Republicans that Democrats could take are in Arizona, Colorado, Maine, Montana and North Carolina. While it is a possibility that Democrats can take all five of these states, Oldendick does not think it likely.

In South Carolina, no matter how close the race is between Republican Sen. Lindsey Graham and Democratic challenger Jaime Harrison, Oldendick does not think that Democrats will win South Carolina.

“There is one factor that leads me to believe that we’re gonna put the check mark in Senator Graham’s column rather than Jaime Harrison and that is the presidential race,” Oldendick said. “In this state, South Carolina, Donald Trump will win by eight to 10 percentage points…that would mean that five to 10 precent of the voters would have to split their ticket.”

Regardless, Oldendick said that people on both sides of the political spectrum are fighting hard for every one of these close elections and it can be seen in the amount of money raised. In the previous election, both candidates in South Carolina raised about $20 million combined while this year, Harrison has raised over $100 million.

If Harrison does pull off a win, Oldendick said that means that South Carolina may be on the way to becoming a two-party state.

In the House of Representatives, the Republicans require a net gain of 19 seats to gain a majority.

“When an incumbent president is running we see very, very minor shifts in the number of seats that party wins in the House of Representatives,” Oldendick said. “In the 2020 election, there are a number of incumbents that are not running for re-election. Twenty-six of those people are Republicans, nine of them are Democrats.”

In the judiciary branch, Schoenherr analyzed the shift of the Supreme Court of the United States as a result of the death of Justice Ruth Bader Ginsberg and subsequent appointment of Justice Amy Coney Barrett and the effect on the presidential election.

Schoenherr said that in a recent survey a majority of voters said that Supreme Court appointments matter when picking a presidential candidate. She also noted that after the death of Ginsberg, people showed an overwhelming amount of support towards Democrats.

“People used their money to show their frustrations over the sudden filling of this seat,” Schoenherr said. “ActBlue, which is a fundraising site for Democrats, took in $91 million for Democratic candidates within 28 hours of Justice Ginsberg’s death.”

Schoenherr said this funding has trickled down to help races for congressional seats but likely will not alter the presidential race.

Schoenherr also said that the change in the court will shift the centerline from Chief Justice John Roberts to Justice Brett Kavanaugh, who was nominated by Trump two years ago.

While this shift is small on the ideological scale, Schoenherr said that the shift has bigger implications on the court’s trustworthiness.

Schoenherr said the Supreme Court’s legitimacy is based on rulings looking fair and based on a set of systematic rules as opposed to appearing ideological.

“So as the Chief Justice, John Roberts has an incentive to keep the court from looking unfair or political because it’s his court,” Schoenherr said. “Brett Kavanaugh does not have the same incentive structure and will probably continue to vote with Justices Gorsuch, Alito and Thomas as well as his new colleague, Justice Barrett.”

Schoenherr said this puts the Supreme Court to the right of the popularly elected branches by quite a bit and as a result, Democrats have brought up adding more seats, also known as court packing. Schoenherr said court packing has historically been unpopular and remains so today. Biden has said he will create a commission to study the expansion of the court if he is elected. 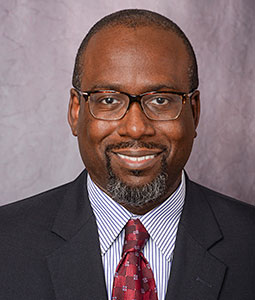 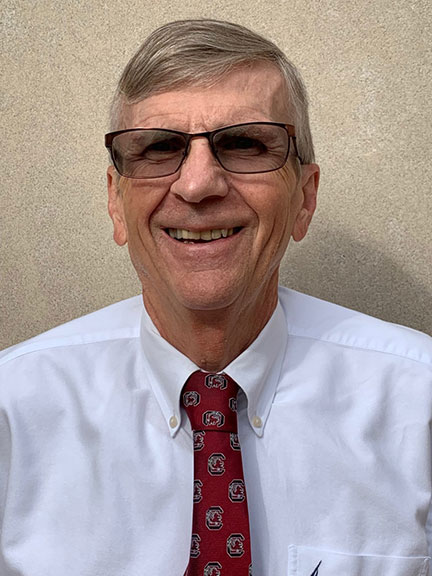 UofSC professor Robert Oldendick offers up five potential seats that could flip to Democrats to give them a majority in the senate. South Carolina is not among his potentials. Photo Credit: UofSC 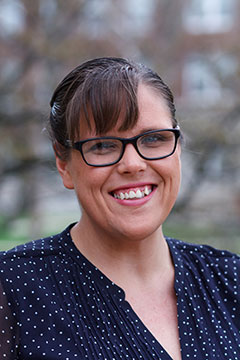 UofSC professor Jessica Schoenherr sees the changes to the Supreme Court as being relevant to the presidential election but even more critical over the next four years depending on the outcomes. Photo Credit: UofSC