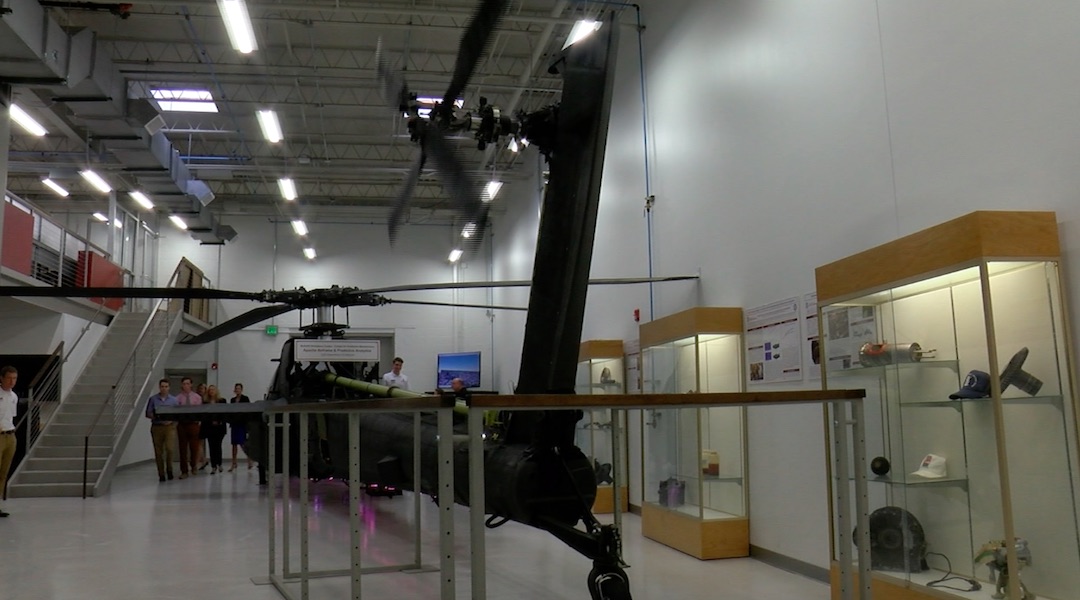 The University of South Carolina announced partnerships with corporate giants at the opening of the new Digital Transformation center Tuesday. The partners include IBM, Samsung, Yaskawa and Siemans. Additionally, IBM has settled an agreement with the university to create an Industrial Internet of Things (IIoT) Research Lab.

This is a space where “faculty, private sector research partners and customers will all congregate. It may seem like a small step but I could tell you it’s a big step, not only for the state but for the United States,” said Pastides.

Following the event, attendees were shuttled to the lab located in the McNair Aerospace Research Center on Catawba Street.

The new 15,000 square-foot lab features numerous industrial and consumer applications. Some of the research projects displayed include robots, artificial intelligence, drones, and smart home appliances. Upon entering the laboratory, an Apache helicopter donated by the U.S. Army National Guard is on prominent display. The university is gearing this project towards giving students the opportunity to work with big business tech companies, which could open up doors for future employment.

“By creating new research partnerships and building on existing ones, we can infuse even more corporate investment into the Midlands and the state,” said USC Office of Economic Engagement Director Bill Kirkland. “Students who work on these research projects are well positioned to find the kind of rewarding, high paying jobs that contribute so much to the state.”