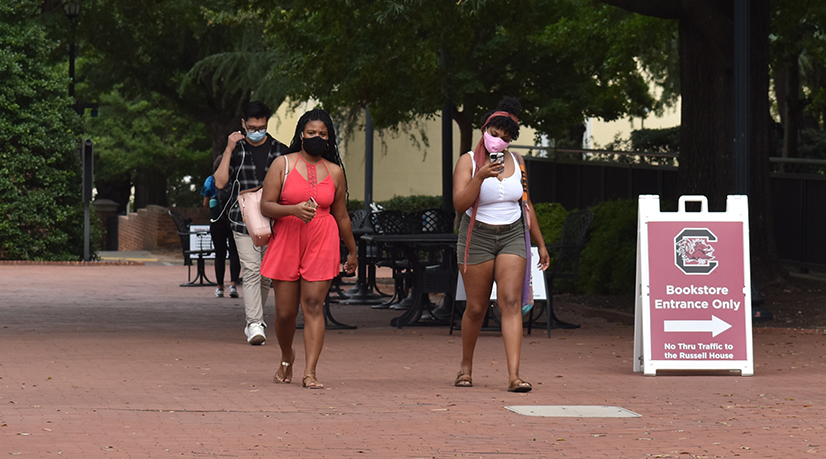 Students do their part to help stop the spread of COVID-19 by wearing masks.

Saliva tests to detect coronavirus were set to resume on Tuesday at the University of South Carolina, just days after the university had temporarily halted the screenings and made national news for its soaring number of cases.

In order to rebuild capacity, the school only tested the first 200 students that showed up.

Testing for students was already reduced from four hours each day to just two last week. Even with the four hours allotted for testing, videos and photos on Twitter began surfacing last week of long lines of students waiting to get tested. Many of the students even showed up before testing began.

The decision to halt saliva testing came only two days after the university updated its COVID-19 dashboard last Tuesday, which warranted the attention of national media. As of Tuesday, the university has 654 active cases and a total of 1,904 since August 1.

In last Wednesday’s online town hall meeting, Caslen said, “It’s our intent to continue high testing because we want to find the positives. Frankly, it goes against us because the more we’re testing, the more positives we’ll find.” Caslen later said, “I can live with the high numbers and the media attention… what’s more important to me… is to find our positives and take care of them and put them back into class.”

Some UofSC students aren’t exactly helping the situation. Many photos have come to light of large parties and packed pools, mostly off-campus. Bars in Five Points have been operating at 50% capacity and have strict guidelines for social distancing. Caslen said he would prefer for the bars to be shut down, but he understands from an economic standpoint, that may be unattainable. Caslen has also asked for the help of Columbia and UofSC police to help enforce the strict ordinances that are set in place.

Caslen said that he believes 90% of the student body is taking the correct precautions, but it’s the 10% that are still causing issues.

Senior Austin Siau says that he is pleased with how the university and the majority of students are handling the virus but shares the same sentiment as Caslen.

“I think some students have been very responsible when it comes to wearing masks and playing it safe with being around certain people,” Siau said. “But I also believe many students are kind of doing what they want because they aren’t worried about how the virus would personally affect them.”

UofSC’s Coronavirus dashboard updates on Tuesdays and Fridays. An updated count of cases should be known Friday.

Students who are experiencing symptoms are encouraged to get in contact with Student Health Services, where a nasal swab test can be done, and the university has provided students with other options near the university to get tested. 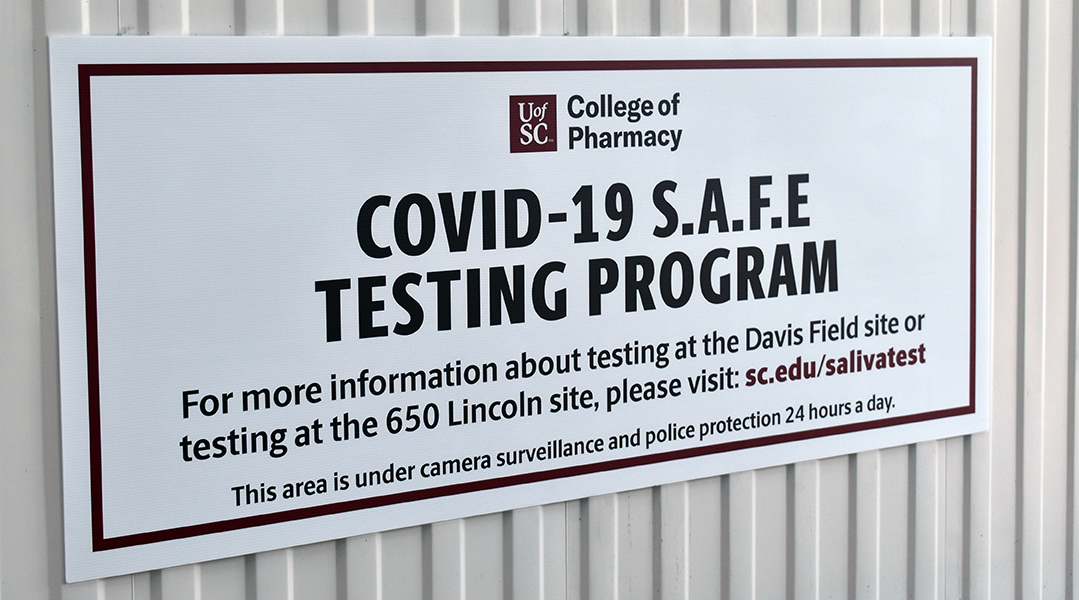 Students can participate in saliva testing at the testing site at Davis Field,  Monday through Friday, 10 a.m.-noon. 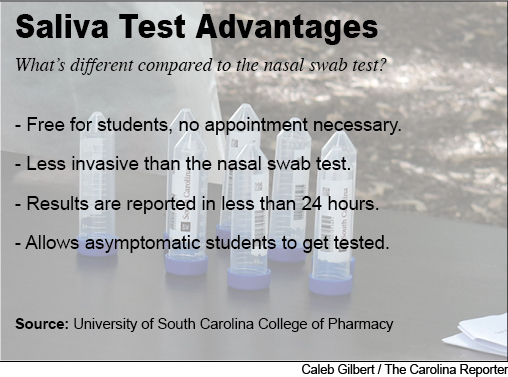