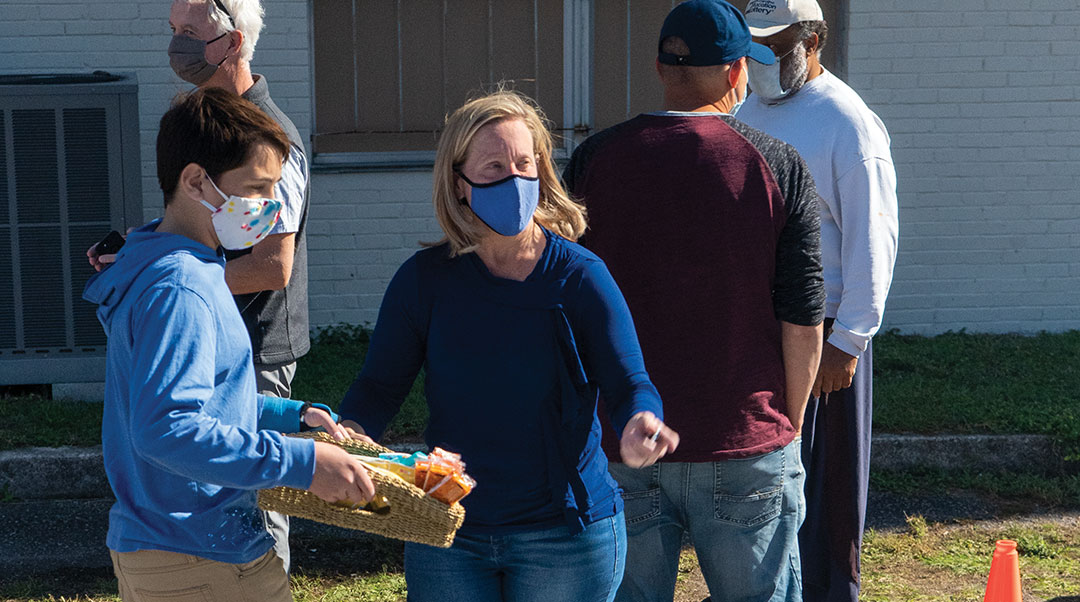 Jennifer Bailey prepares to hand out snacks and waters for South Carolina voters as she has done most days since early voting started. Her son Ben helps in the outreach. Photo Credit: Christopher Lorensen

In 2012, Jennifer Bailey had a problem. She wanted to vote in the presidential election but had no one to care for her child while she waited in what she anticipated would be a long line of voters. So she brought her pre-school son along with her.

“He was 4 1/2 and our voting lines at Lake Carolina were about five hours long,” Bailey said. “I’m a single mom with no family in town going ‘Alright, I really need to vote, like I REALLY need to vote, and when is he going to melt down.’”

Finally, she was able to cast her ballot. “We voted,” Bailey said. “It was very long but we got there and things like that happen all the time.”

On this Election Day, as millions line up to vote in a presidential race that experts describe as one of the most critical of our time, Bailey wants to make voting as easy as she can for South Carolinians.

Since early in-person absentee voting began, Bailey has passed out water and snacks and along the way teamed up with organizations like Feed the Vote and Moms Demand Action. Her son Ben, now 12, helped on Saturday as she assisted voters at the Masonic Lodge on Gervais Street.

“If everyone stays and everyone votes then hopefully, whatever the results are, everyone will be more accepting of it because we’ll feel we’ve had our say,” Bailey said. “People shouldn’t need to leave the voting line because their blood sugar is dropping.”

As of Saturday, Oct. 31, over 1.3 million voters have voted absentee in South Carolina as compared to the 500,000 in the 2016 general election. Poll workers and volunteers like Bailey still expect long lines on Election Day despite all the early voting.

Bailey started out as a one-woman show with the occasional help from her husband and child. She said the more she is out at the polls, the more problems she sees. Now, with Election Day one day away, Bailey has about 20 volunteers and is constantly networking with other organizations so they can amplify each other’s goals.

“This is just all people calling each other,” Bailey said. “Our goals are all the same. It’s to increase voter turnout, to make sure that things go smoothly, make sure everybody has a say.”

Bailey’s main partnership is with Nicole Howland who started  #feedthevotesc. The two met while Bailey was passing out waters. Bailey said the organization had funding and a structured website but few volunteers so she started spreading the word about the organization to people she met in the voting line. Eventually, a partnership formed where she was providing volunteers while Feed The Vote provided a website and funding.

“I met her (Howland) in line at North Springs bringing water and this woman was so hot and said this is exactly what we have organized to do, however, she also was a full time attorney,” Bailey said. “She had set up the organization but hadn’t got it into action yet and we were in action but didn’t have any kind of funding.”

Bailey said she has also partnered with Moms Demand Action, a group against gun violence and Vision Walkers, a group that engages the Black electorate in politics.

Many churches have set up booths that support both the voters in line and the poll workers that are there all day as well. Then there are organizations driving people without vehicles to the polls and Bailey has been pointing them to neighborhoods she hears needs them.

“We can’t fix voting machines or the lack of computers,” Bailey said. “We can hopefully solve some of the other problems.”

Bailey is also offering advice to voters in line in case they have friends or family that need to vote but have a disability or don’t have the time. She said that not everyone knows about drive-in voting or that there are polling places open on the weekend. She said every voter in line she educates is another person who can spread information.

Residents stand in a winding line to vote early at the Masonic Lodge on the Saturday before Election Day. 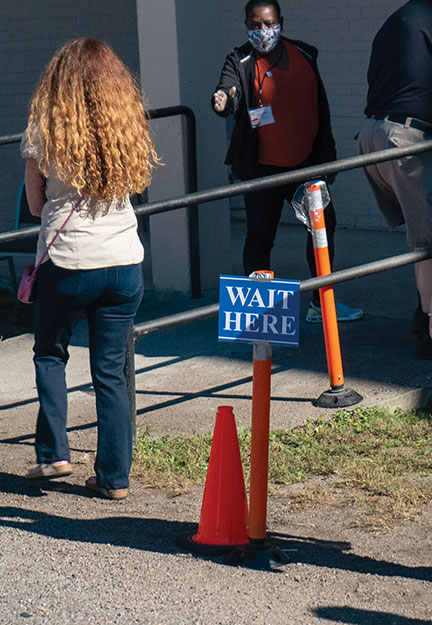 A poll worker controls voters at the head of the line to limit the number of people in the Masonic Lodge. 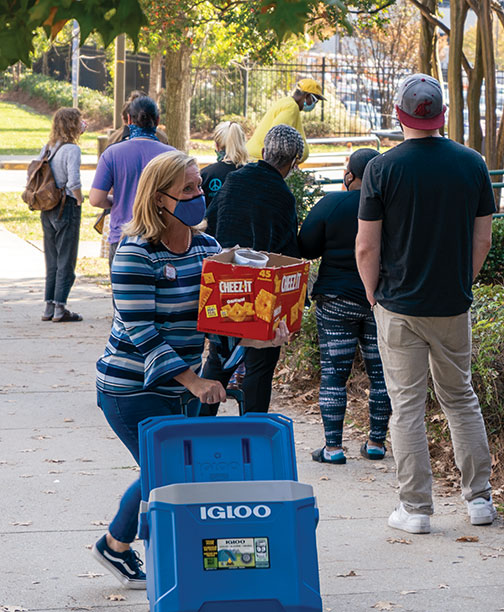 Bailey moves through the voting line at the Richland Administration building to hand out snack and water to voters. 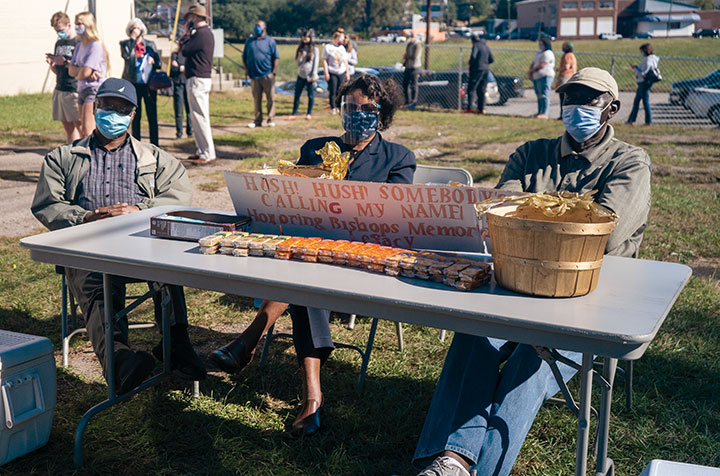 Volunteers from local churches also set up booths to hand out snacks and waters to voters.