A walk on the B-side: Vinyl sales are no surprise to record lovers 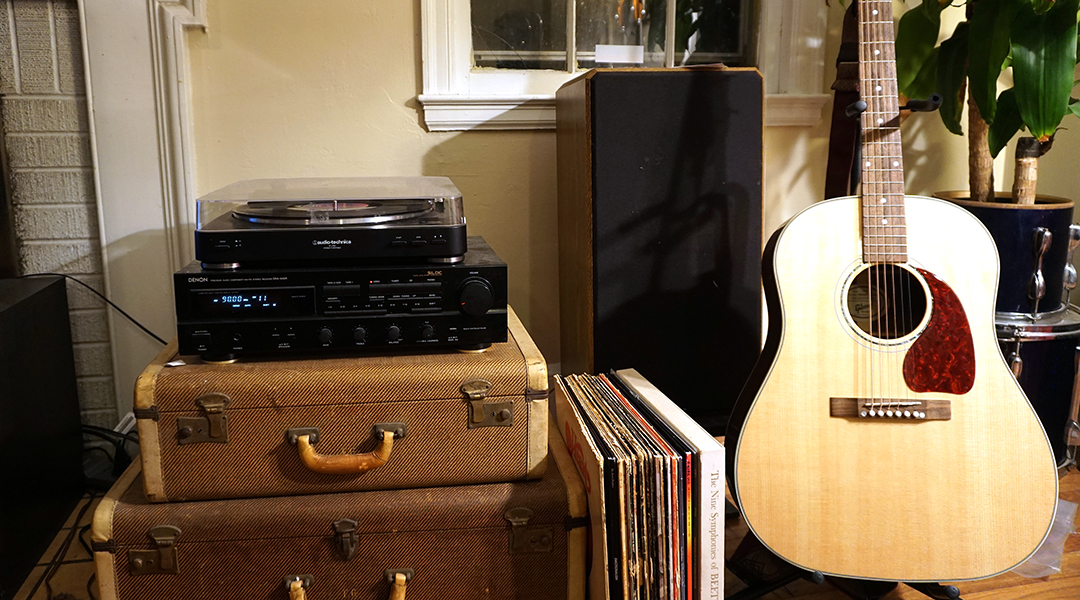 Vinyl records has seen dramatic growth in the last five years and many think is it because of the “cool” factor of vinyl. 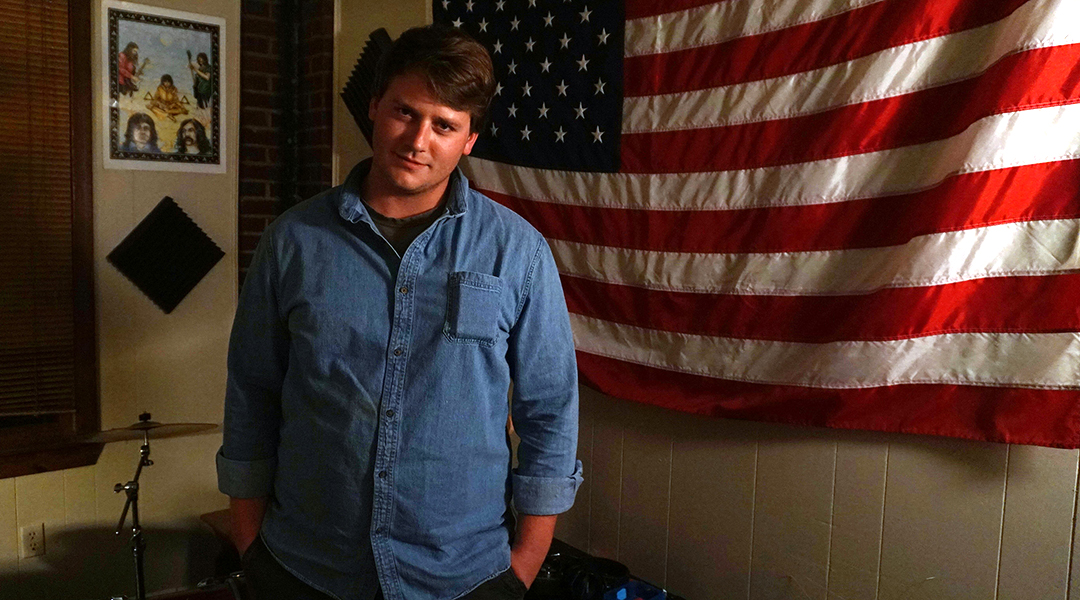 Sam Watson of Columbia has been collecting vinyl records for over five years. He’s been purchasing albums from Scratch N’ Spin since high school. 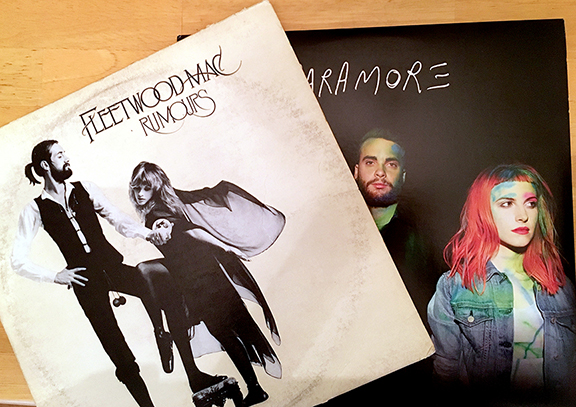 While older albums are the most popular, many new artist are releasing vinyl recordings. 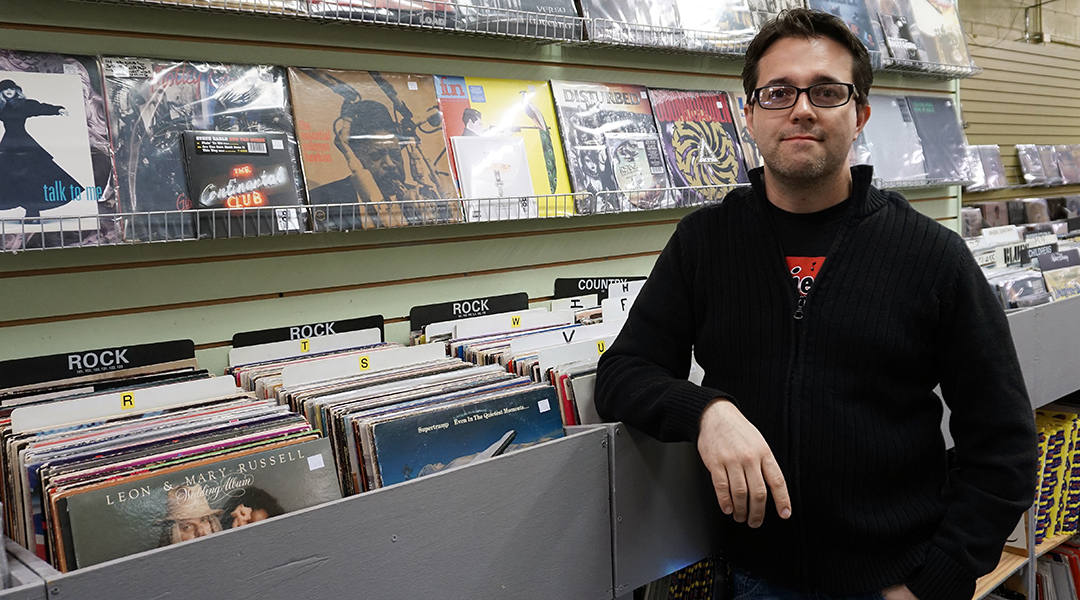 Eric Woodard was in the music business for 25 years before opening Scratch N’ Spin. Vinyl records have always been his favorite format of music.

Vinyl albums are expected to become a billion-dollar industry by the end of 2017.

It could seem counter-intuitive that a decades-old way of listening to music is making a resurgence in our digital, hyper-portable music era driven by the newest singles.

But vinyl never really went away, according to Eric Woodard, owner of Scratch n’ Spin record store in West Columbia. He said while mainstream retailers like Walmart, Sears and Target stopped carrying vinyl, it was still being produced in smaller quantities. Smaller mom-and-pop shops like his kept the format alive, and for some bands, producing vinyl has always been a staple.

Woodard believes the increase in record sales ultimately comes down to value. When people spend money on music, they want something they can enjoy for years.  A vinyl album with its intricate artwork fits that bill.

“If you have good albums on vinyl, that’s cooler than having the album on a digital file that you listen to online.”
– Sam Watson, a vinyl collector

Forty million have been sold so far this year, compared to more than a billion records sold during vinyl’s prime in 1981, but this number is on track to keep rising as the past seven years have seen consecutive growth. Now that sales have gone up again, big retailers have introduced turntables and vinyl collections once more.

Woodard thinks that even though vinyl popularity has experienced its ups and downs, it’s never gone away for a few reasons. There’s the obvious return of the older generation to memory lane, revisiting the music they grew up listening to, while the younger generations could be drawn to the visual aesthetics of turntables and records. But the sound quality is the connecting theme.

Woodard said if a record is pressed on good quality vinyl and has been mastered well, a listener will have the richest, cleanest sound. A CD, though a crisp sound, is condensed and doesn’t have the dynamic range.

“When people buy a record and they actually put it on a quality turntable with a good needle and good speakers, they really can tell a difference in sound,” he said.

Sam Watson, a guitarist and vinyl collector, also talks about a different type of music quality.

“The quality of music that came out back then is a lot deeper than the music that comes out now. People cared about what they were writing about,” he said. “Playing vinyl is less convenient but it feels more genuine when you’re listening to the music on a vinyl.”

Purchasing vinyl records has a lot to do with the experience that comes with having that physical copy of music. Many consumers like to see the process of music working by choosing a record to put on the turntable, just like others enjoy holding a book instead of staring at a Kindle.

“I think people have had digital because it’s easy and convenient, but I think ultimately people still want something that’s tactile,” Woodard said. “If they’re going to spend their money on something, why would they spend 10 bucks on a digital file that’s in a cloud somewhere or downloaded onto their iPod which might get lost or stolen or a computer could get a virus? If they actually buy a record, they physically have something.”

Watson believes the market is facing a resurgence because of the “cool” factor.

“If you have good albums on vinyl, that’s cooler than having the album saved on Spotify, you actually have something,” said Watson.