Walmart presented a check and food donations to Serve and Connect for its community policing program, Greg’s Groceries. Photos by Sydney Pennington.

Dozens of law enforcement officers from across the state came to Columbia Wednesday to pack food boxes for people in their communities, funded by a hefty $90,000 donation from Walmart.

The donation goes to Serve and Connect, a nonprofit organization that aims to promote community and law enforcement relationships. It was founded by the widow of a Forest Acres police officer, Greg Alia, who was killed in the line of duty in 2015.

“I began this work because after my husband was killed, I was deeply called to try and find a way to bring police and communities together,” said Kassy Alia Ray.

“I don’t think I can be any prouder than to look out in this crowd and see so many cops from all across the state,” said Richland County Sheriff Leon Lott.

Walmart donated $40,000 of non-perishable food donations and $50,000 in monetary donations.

“The partnership with Walmart is a beautiful example of how the business community can get involved in promoting safety, not only through their generous contributions but also through providing education and employment opportunities,” said Ray.

Following the donation ceremony, the officers  fanned out to several prepared packing stations. Working together they packed around 2,000 boxes during the event held at the Walmart on Forest Drive. The boxes contained a variety of non-perishable cans and packaged items and are meant to sustain a family of four for up to one week.

Once the boxes were packed and sealed, they were prepared for distribution through the Greg’s Groceries program. Officers who see families in need as they go about their daily work can access Greg’s Groceries and connect with families in a way that extends beyond typical law interactions.

The program was founded in 2017 within the Serve and Connect nonprofit and serves to create positive interactions with law enforcement and build trust within the community. Greg’s Groceries works with more than 50 police departments in South Carolina and has delivered over 115,000 meals to date. According to its website, the program “is the only multi-agency, statewide initiative of its kind in America.”

With this donation, Walmart has joined AT&T and FirstNet as supporters of Greg’s Groceries. The program continues to grow and Serve and Connect hopes to expand their reach in the future.

“They look for ways to make Greg’s memory last forever and ever and ever, and it will because we will never let them forget who Greg was,” said Lott. 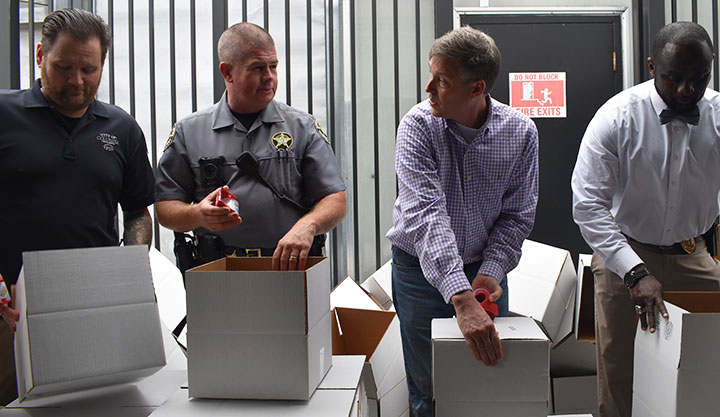 Columbia mayor Daniel Rickenmann and other community leaders were working together to build boxes for the food donations. 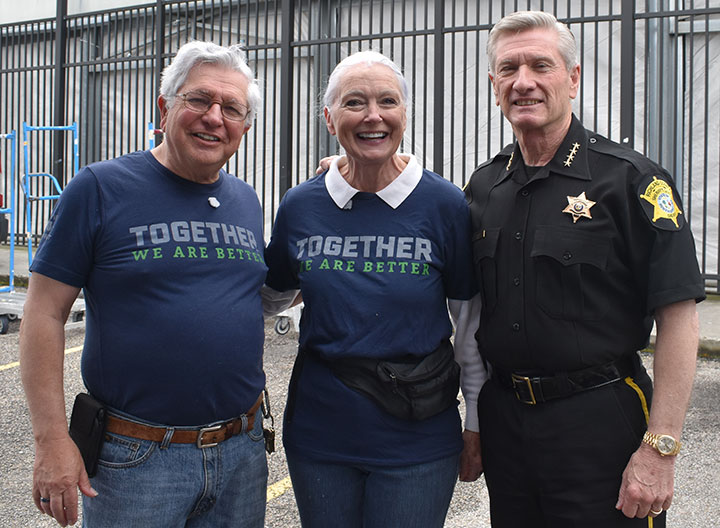 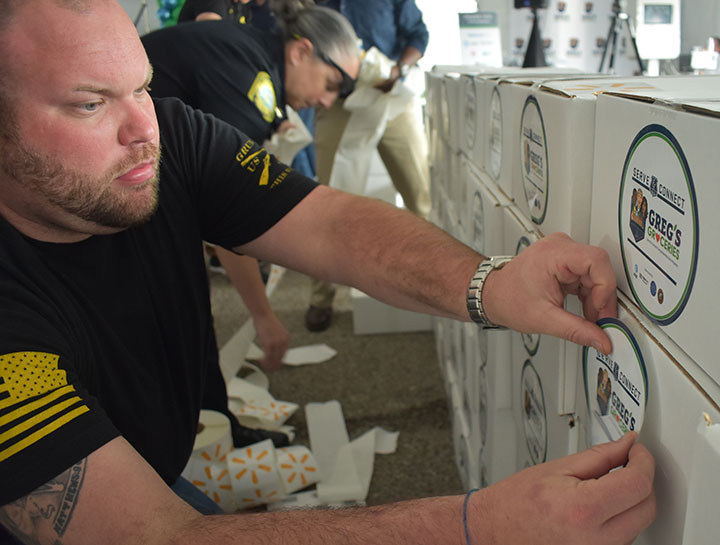 Police officers from all over South Carolina worked together to pack around 2,000 nonperishable food boxes. 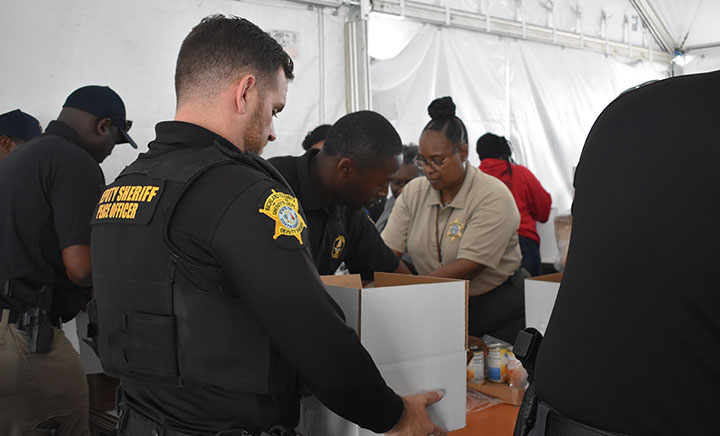 The food boxes included several food items that are meant to feed a family of four for up to a week.