Youths rally to save the environment 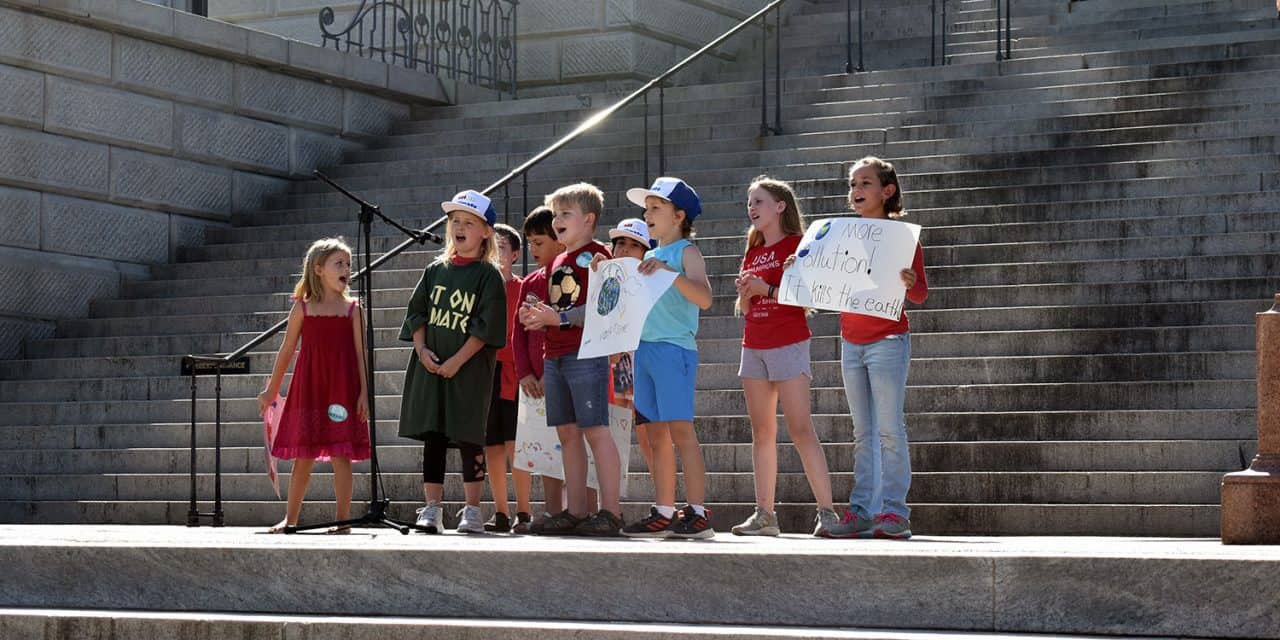 Elementary students from Harmony School sang “Light a Candle for Peace” and “We are the World” in front of the crowd at the global climate strike at the South Carolina Statehouse.

Eleven-year-old Lily Anderson climbed the Statehouse steps with her classmates Friday to tell adults what they believe about climate change and its impact on their future.

Anderson and her classmates were protesting at an international climate strike, which was taking place in over 150 countries.

“We need to do something about climate change, because a lot of animals and plants that we love are going to die because of it,” Kaufman said.

Anderson and Kaufman were two of the many Harmony School elementary students who spoke at the climate strike. They were also in the group of students who sang “Light a Candle for Peace” and “We are the World” in front of the crowd.

Harmony School is a private elementary school that has one combined elementary class that consists of first through fifth grades. Jennifer Mancke, the class’s teacher, said this “allows students to learn at their own pace.”

One protestor, Gloria Prevost, said she was happy children came to the climate strike.

“It’s so encouraging seeing children that are involved in this, because I’m not going to be here that many more years to do it, and it is critical,” said Prevost.

But young adults are taking more action than just having a climate strike.

Carlee Pokalsky and Caitlyn Lizana, friends who are both 21,  organized the Columbia climate strike. The pair also started the first Sierra Club chapter at the University of South Carolina. The Sierra Club is a nationwide environmental organization bringing people together to create a powerful and effective environmental movement.

“When she (Pokalsky) told me she was trying to start a student chapter I was thrilled to be a part of it because environmental activism and awareness is super important to me,” Lizana said. Lizana is a fourth-year environmental science student who is also a member of the South Carolina Wildlife Federation chapter at UofSC.

In addition to actively being involved in environmental groups, Lizana tries to lessen her ecological footprint by becoming vegetarian.

Grace Kazmierski, assistant director for student engagement at UofSC’s Office of Sustainability, said promoting veganism and vegetarianism is important because “eating meat is more detrimental to the environment than eating plant-based foods.”

“Meat and dairy production contributes to our changing environment due to the greenhouse gas emissions from the methane that cows produce, the deforestation and loss of biodiversity that occurs in order to prepare land for pastures, and the water depletion and pollution from livestock production,” said Kazmierski.

Kazmierski said UofSC’s Sustainable Garden is a great way for students to get involved in the environment and to help build biodiversity.

Larry Cook, director of the Office of Sustainability at UofSC, agrees with Kazmierski that the garden is where students volunteer the most to either help the environment or to help build their future career in sustainability.

The garden is permaculture, Cook said. This means the produce is planted so the plants help each other grow. “The idea is that the garden is self sustaining in a way,” Cook said. However, it still needs to be cared for, which is why there are volunteers who tend to the plants and harvest them.

Produce from the garden is sold at UofSC’s Healthy Farmer’s Market, which helps lessen fuel emissions by reducing the amount of transport needed to deliver the produce. Lizana often buys local produce for this reason.

These small efforts are one way young people are contributing to a better environment.

“Don’t ever think anything you do to contribute to positive change is insignificant. Change starts with one person,” Lizana said. 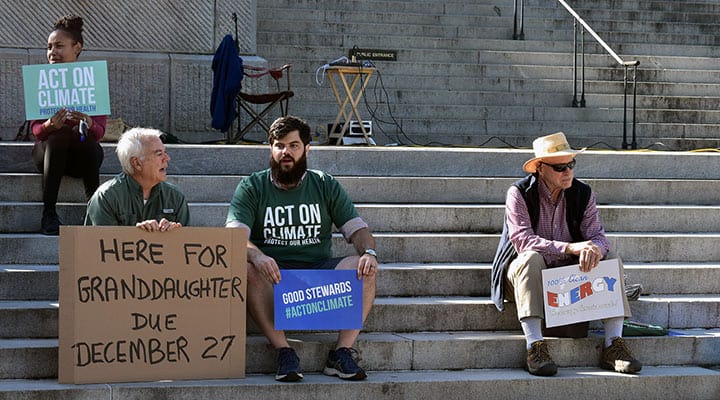 Adults also participated in the global climate strike in Columbia, one of several around the state. 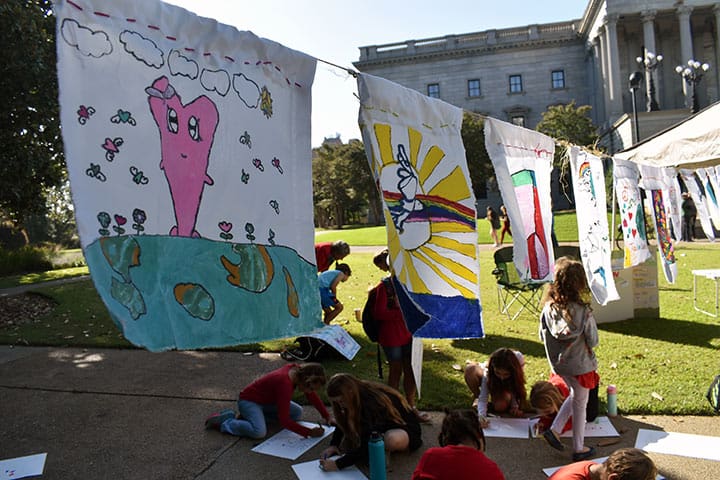 Harmony School elementary students hang flags at the climate strike. The flags that the students made show images of a pollution-free world. 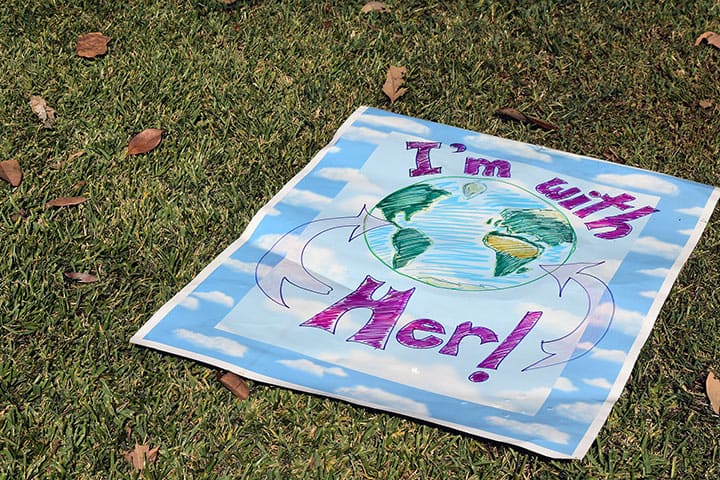 South Carolina young adults and children make their own signs to protest the climate change during the global climate strike. 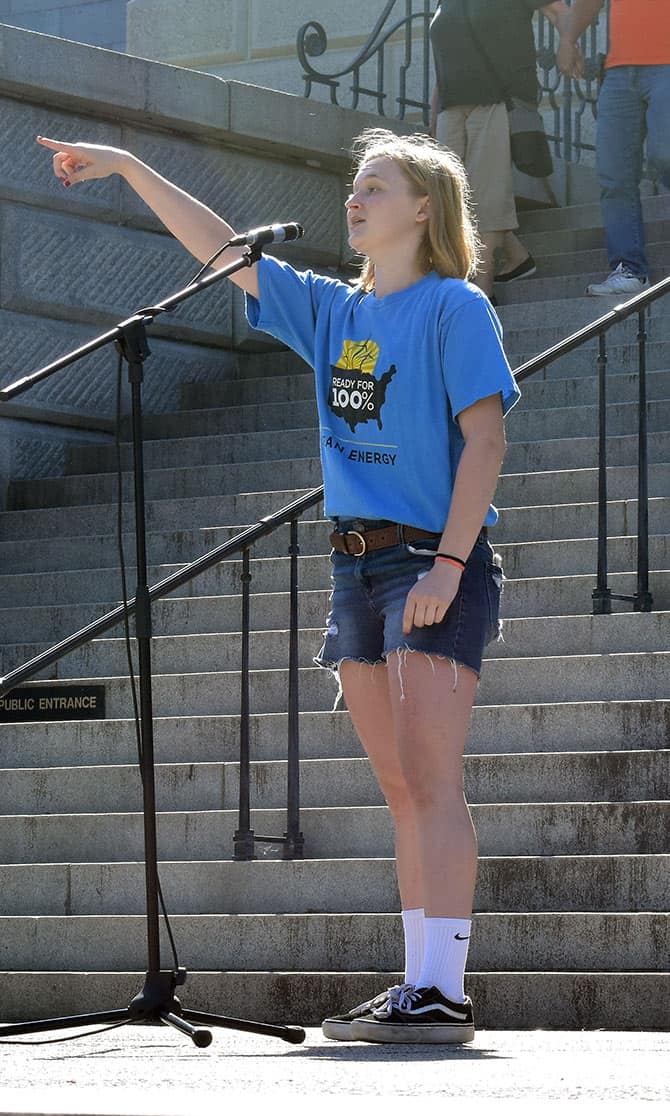 University of South Carolina student Carlee Pokalsky leads Friday’s climate strike at the Statehouse. Pokalsky spoke to the crowd and invited other protestors to speak as well. 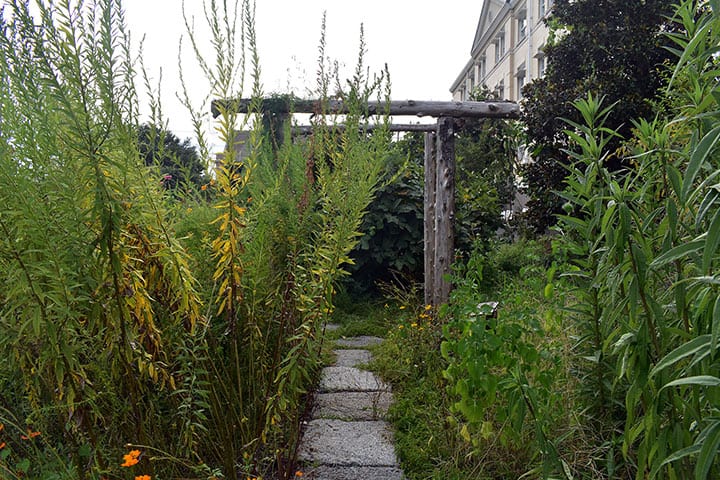 UofSC’s Sustainable Carolina Garden is a way for students to organically grow produce while building biodiversity. Many students volunteer in the garden as a way to help the environment.