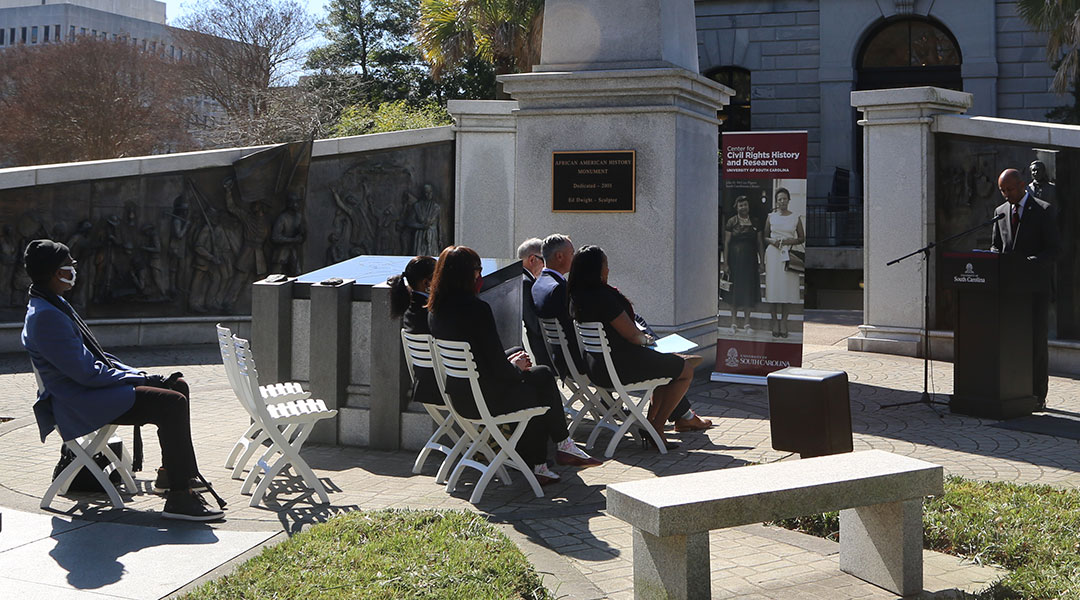 Bobby Donaldson, director of the University of South Carolina Center for History and Research, announced a donation from Williams, an energy infrastructure company. Photos by Kaitlyn McCue.

Williams, an energy infrastructure company headquartered in Tulsa, Oklahoma, announced a $1.5 million donation Tuesday to expand the University of South Carolina’s Center for Civil Rights History and Research over the next three years.

The Center for Civil Rights History and Research, established in 2015, will now be equipped with traveling and permanent exhibits featuring oral histories and archival collections, allowing students across the nation to learn the untold histories of the civil rights movement, according to officials at the news conference.

“We want to be a resource, especially for young people, for teachers in primary schools, middle schools, high schools, universities and for the entire state and for the nation,” said UofSC Interim President Harris Pastides.

“This is not a South Carolina announcement. This center will be a unique gem for the entire United States of America,” Pastides said.

The funding, while providing a strong foundation for civil rights education at the state level, will also serve as a platform for the University Center to share more stories of activism and Black history across the nation.

“With the funding that Williams is providing, we’ll be able to go more places and do more things,” said Adams, a Williams employee and 2001 UofSC alumna.

“It’s affirmation of the work that has been done on this campus for decades,” said Donaldson, “to teach and preserve the history of civil rights.” 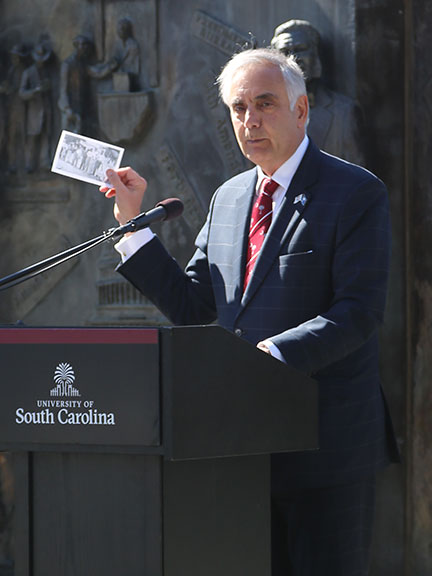 UofSC Interim President Harris Pastides spoke of the importance of teaching future generations about the racial history of South Carolina and our nation in a “meaningful way.” 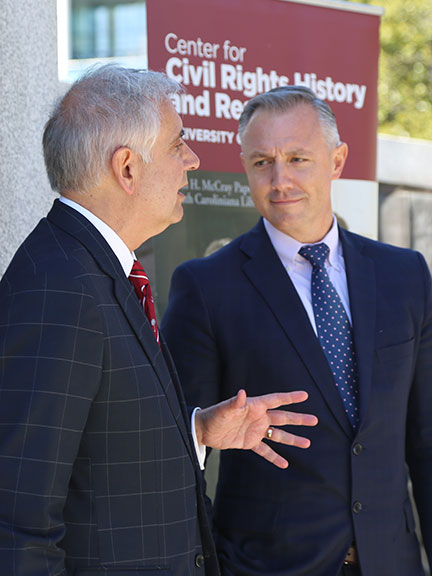