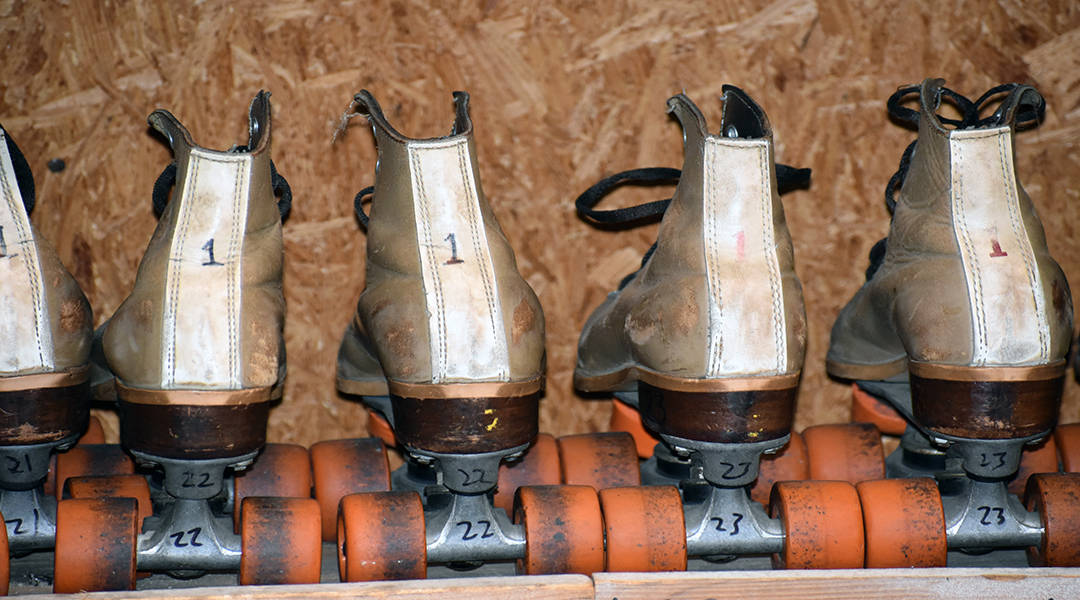 Two teenage girls gossip about who is “hot boxing” in the bathroom. A woman nearby changes her son’s diaper. Outside the cramped toilet, hip-hop music blares from the DJ booth. Nearby arcade games buzz and whirr.

As roller rinks across the nation are closing, Three Fountains is thriving. Hundreds of pre-teens flock to the rink on Friday and Saturdays. On these nights, the space serves more of a social function than it does as a place to roller skate.

Jasmine Jones, 13, and Ayana Brown, 14, retire to the common area after skating a few laps. They sit on circular benches eating vanilla ice cream from small plastic foam cups as they sing along to Ariana Grande’s “7 rings.”

“We don’t got nothing else to do,” Jasmine says. “If there wasn’t any people that we knew here, we probably wouldn’t come.”

According to the pre-teens that frequent Three Fountains, part of what makes it popular on Friday and Saturday nights is that it simply exists. For many, it functions as a centrally located and inexpensive place to escape from their parents and the daily stresses of middle school.

“It’s just like, here. And there’s food here. There’s stuff to do. There’s games in there and you just sit down and talk to your friends,” Jasmine says.

Brandi Tabor spent her childhood in Three Fountains. She started working for the rink unofficially when she was 12 years old. Today, she works full-time for an insurance company and works part-time as Three Fountain’s DJ, technology guru and rink guard every weekend. Her three children have grown up here, much as she did.

According to Tabor, not much has changed since she started working at Three Fountains 28 years ago. The most obvious difference is the music.

The soundtrack today is more modern and mostly hip-hop but includes everything from Cardi B and Post Malone to Michael Jackson. A young teenager skates up and asks Taboor if she could play “Booty” by Blac Youngsta.

“Yeah, it’s coming in a little bit,” she replies.

“That’s one of the hardest things about DJing, a lot of the music now is so inappropriate,” she says.

Taboor says the rink gets its music from a special company that filters songs with profanity.

“We have it where we don’t have any expletives at all. It doesn’t even show us. Everything that we download, it has to have clean or extra clean,” Taboor says. “But when it says extra clean I have to go back through it and make sure it’s actually clean. Because usually if it’s extra clean that means it was really bad in the beginning.”

Debbie Phillips co-owns the rink with her husband, Steve.

Debbie and Taboor agree that while the rink itself hasn’t changed much since its doors opened in 1983, some aspects of rink culture have shifted.

“The kids haven’t changed, it’s the parenting… We like to mother the children. We’re probably some of the only discipline they ever get,” Debbie says.

The rink pays private security officers to work on some Friday and Saturday nights, but the owners says it’s mostly an extra precaution. Three Fountains has poor cell service, and the Wi-Fi is fleeting. Taboor says it’s refreshing to see so many adolescents unencumbered by technology at the rink. 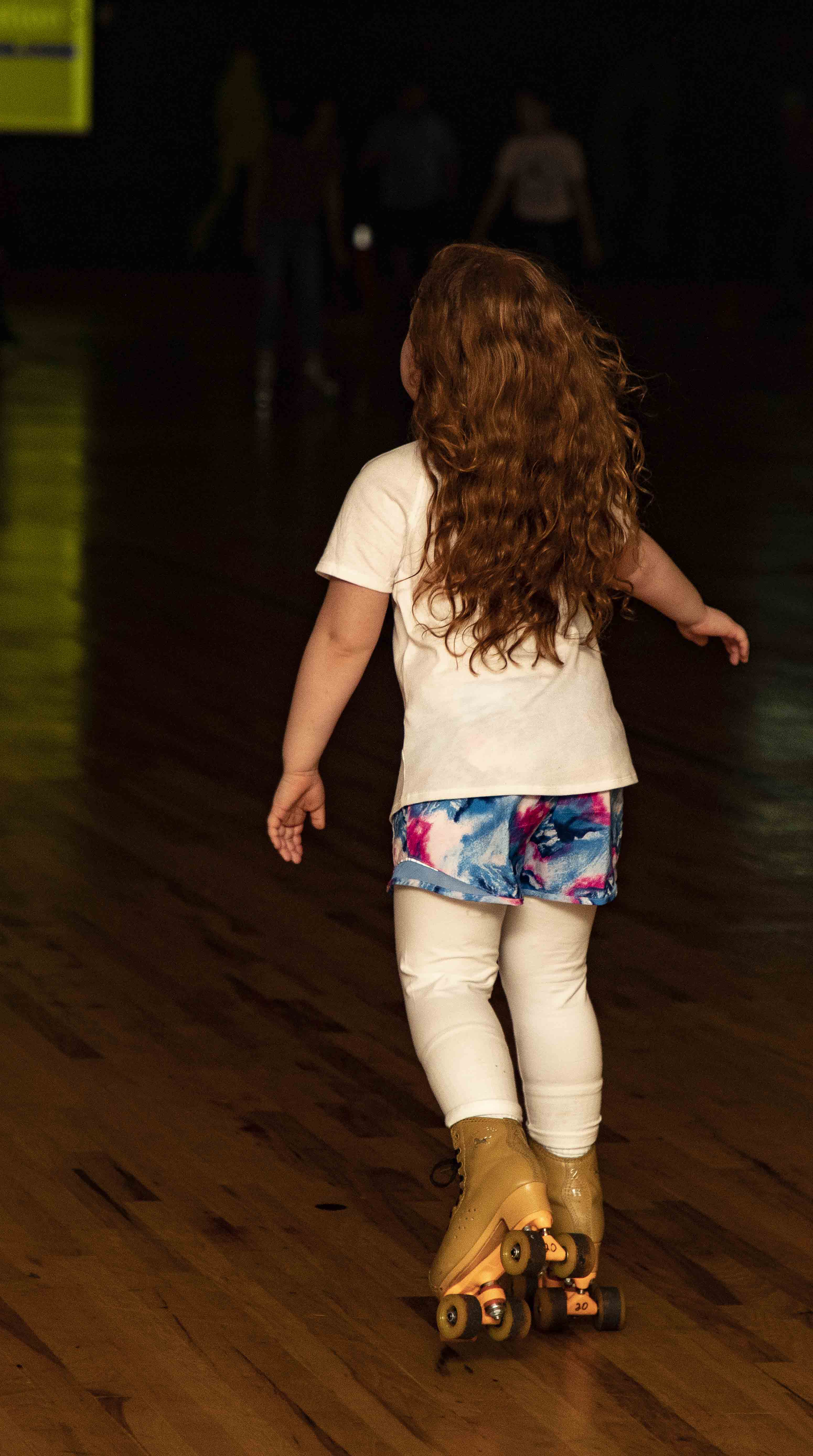 A young girl skates at Three Fountains on a crowded Friday night. 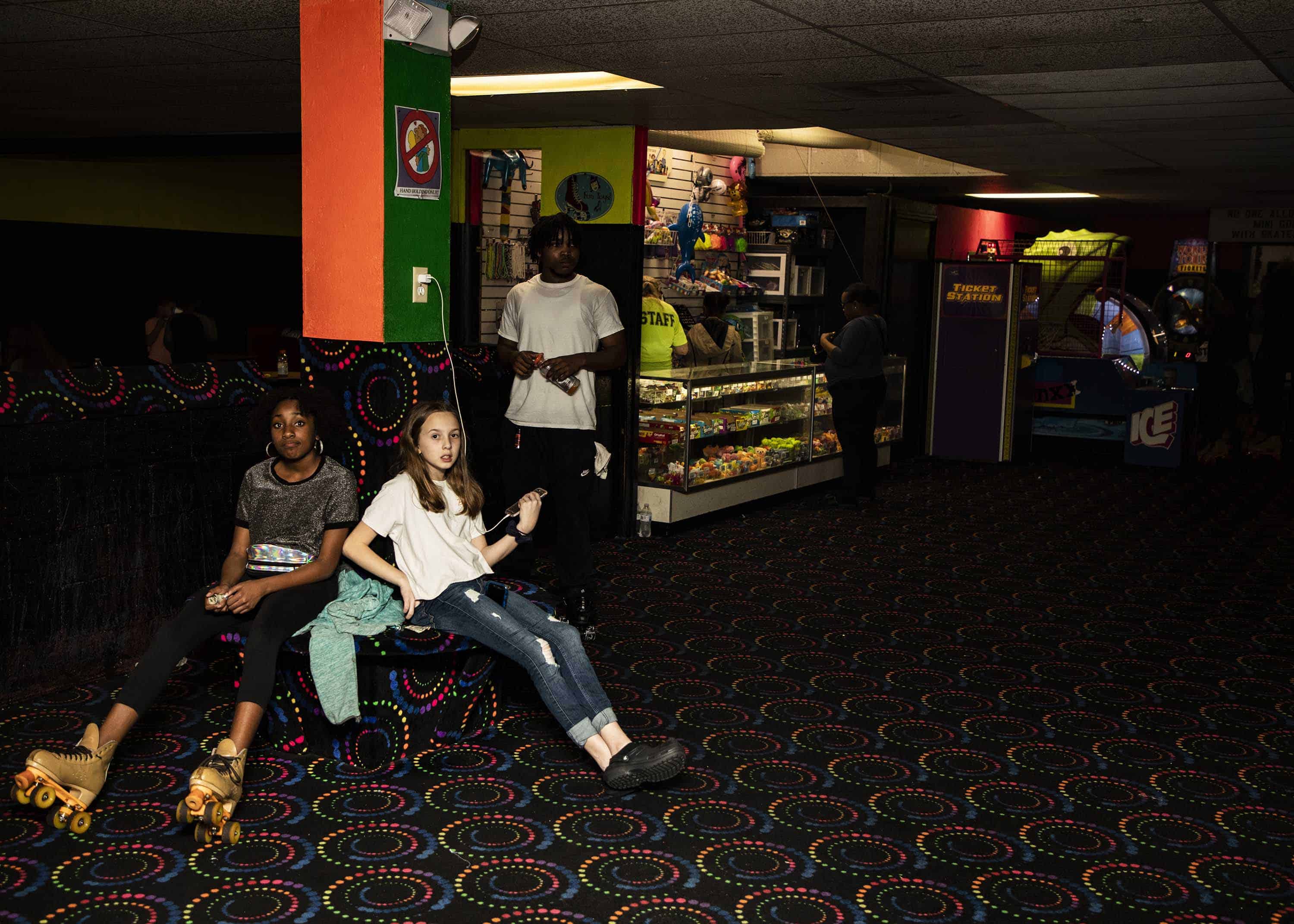 On Friday and Saturday nights, the rink serves as a social hub for young teenagers. 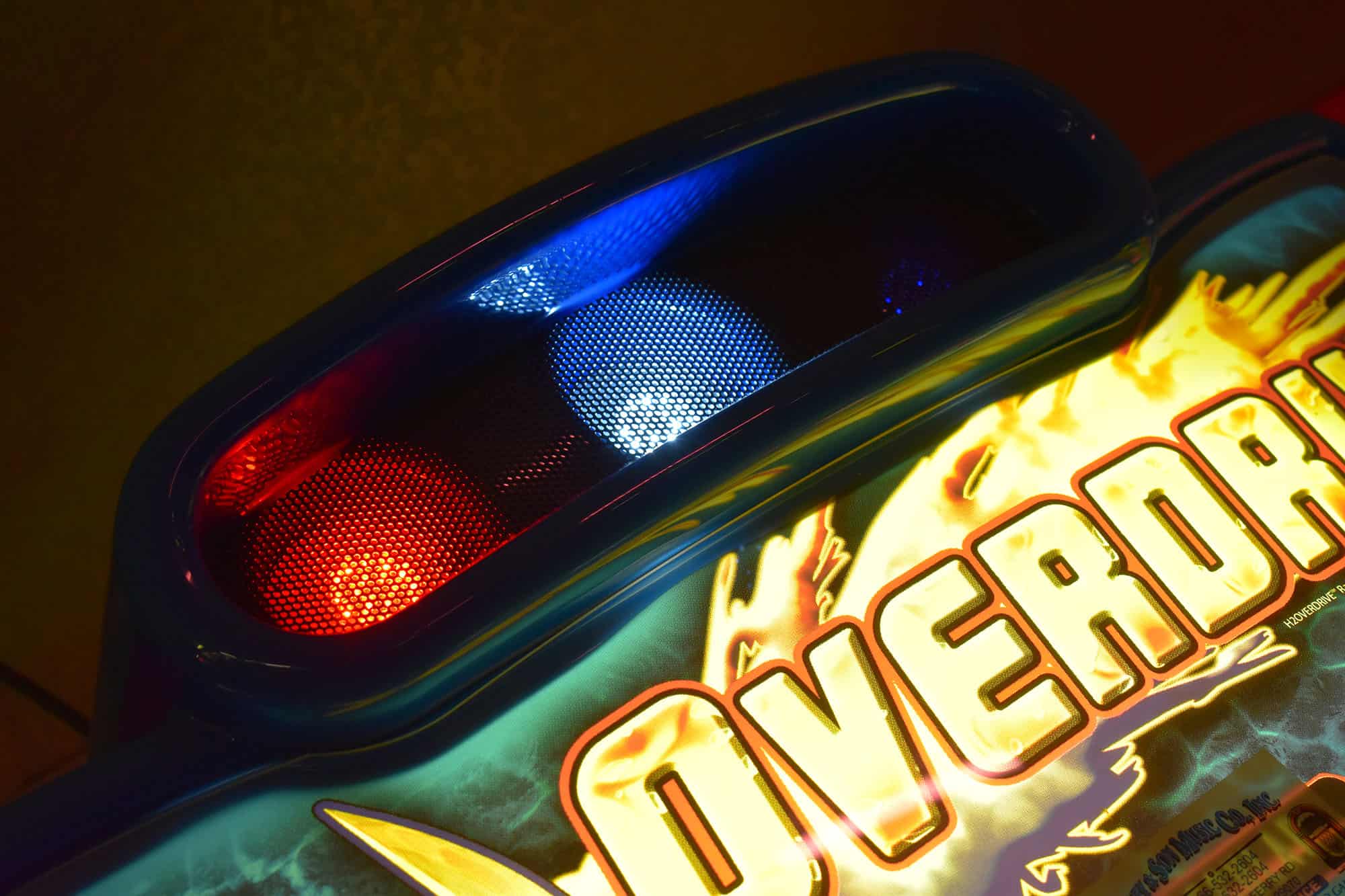 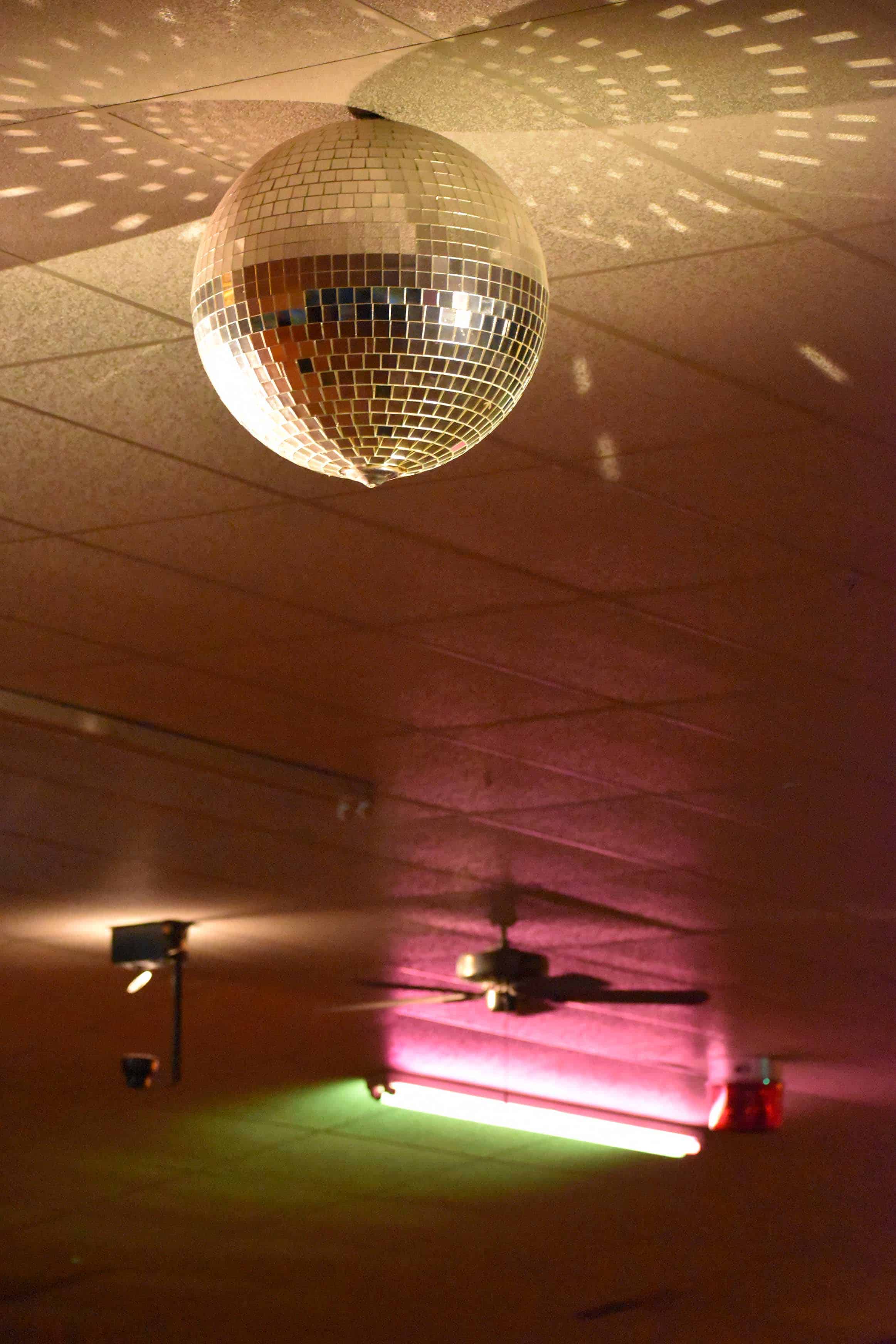 Three Fountains opened in 1986, and remnants of the decade remain visible.