Medical marijuana advocate says ‘We have work to do’ 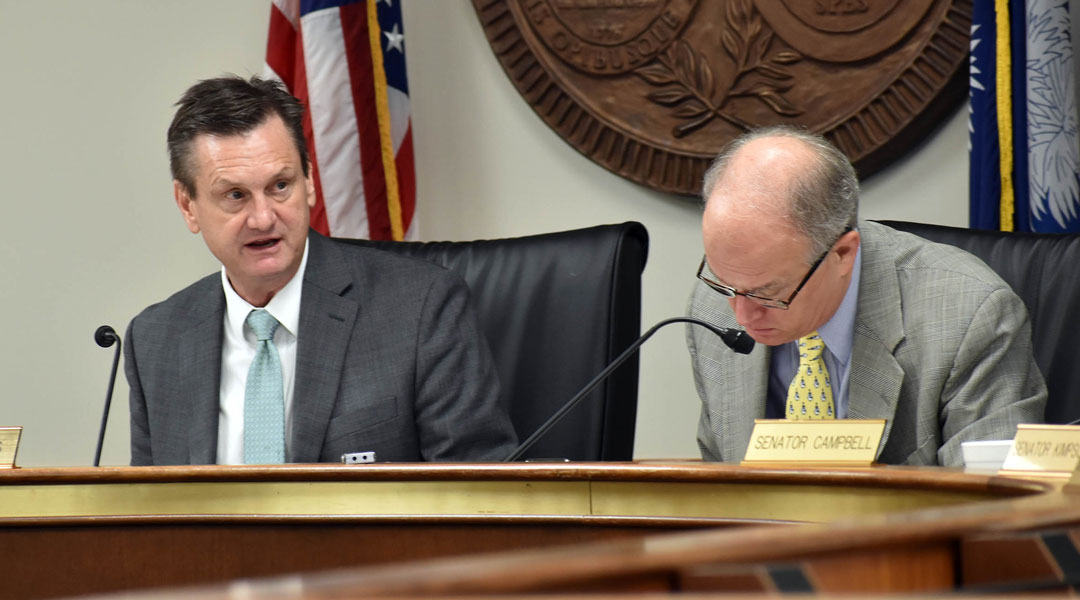 Sen. Tom Davis, R-Beaufort, has spearheaded the campaign for the legalization of medical marijuana in South Carolina.

State Sen. Tom Davis has been advocating for the passage of medical marijuana legislation since 2014.

Last year, two versions of a bill that would legalize medical marijuana in South Carolina successfully passed through both House and Senate subcommittees, but the legislative session expired before it was brought to the floor for a vote.

This year, the Beaufort Republican has not wasted any time. One week after the 2019 South Carolina legislative session started Davis reintroduced a version of the Compassionate Care Act. If passed, it would legalize medical marijuana use for patients with specific debilitating medical conditions.

On Wednesday, the Senate Medical Affairs subcommittee met for the first time to discuss the proposed legislation. Davis made it clear that the bill is still a “work in progress.” He identified specific sections of the document that need to be further developed and assigned subcommittee members various topics to research, including potential financial implications, the dosing authority of medical professionals, surveillance of cannabis facilities and patient cannabis abuse.

“This is a document that’s only going to be as good as the degree of involvement that stakeholders and the public give us,” Davis said. “It needs to be reflective of what South Carolinians want. We don’t have all the knowledge up there.”

Davis emphasized to the committee multiple times that the bill was designed so that marijuana would be legalized solely for medical purposes.

“This bill is extraordinarily conservative and tightly drawn,” Davis said. He further argued that the Compassionate Care Act is “the most socially conservative, tightly regulated, medical cannabis bill in the country.”

The bill prohibits the smoking of cannabis in leaf form and has specific regulations for medical practitioners, medical marijuana growers, processors and dispensaries. The bill also goes so far as to specify inappropriate use of marketing or product labeling.

“It might be draconian in some ways … I don’t apologize for that. I realize that it’s not popular with a lot of people that want to see it more liberalized,” Davis said.

Thirty-three states and the District of Columbia have passed medical marijuana legislation. In drafting the bill, Davis said he studied other states’ legislation.

“I think we have an opportunity to show the country what a strong medical bill looks like … We’re not Colorado, we’re not California. We’re not. I mean, regardless of what your political views might be, the simple matter is South Carolina is materially different, demographically and politically, from those states and we need a bill that is respective of that.”

“I think we’ve moved beyond the shock of the subject matter, to the acknowledgement of the reality of the existence of this public policy evolution,” Verdin said.

Davis has previously said that he hoped the legislation would make it to the floor as early as the end of March, but he acknowledged that the bill’s revisions will take time.

“I don’t want to move something to full medical committee unless all stakeholders feel like they’ve had a chance to be heard,” Davis said. “I think it’s important to be thorough at the subcommittee stage. We don’t want to be vetting or addressing complex issues at full committee or on the floor.”

The next subcommittee meeting is scheduled in two weeks, and Davis said he hopes that the bill will make it to the floor by early April.